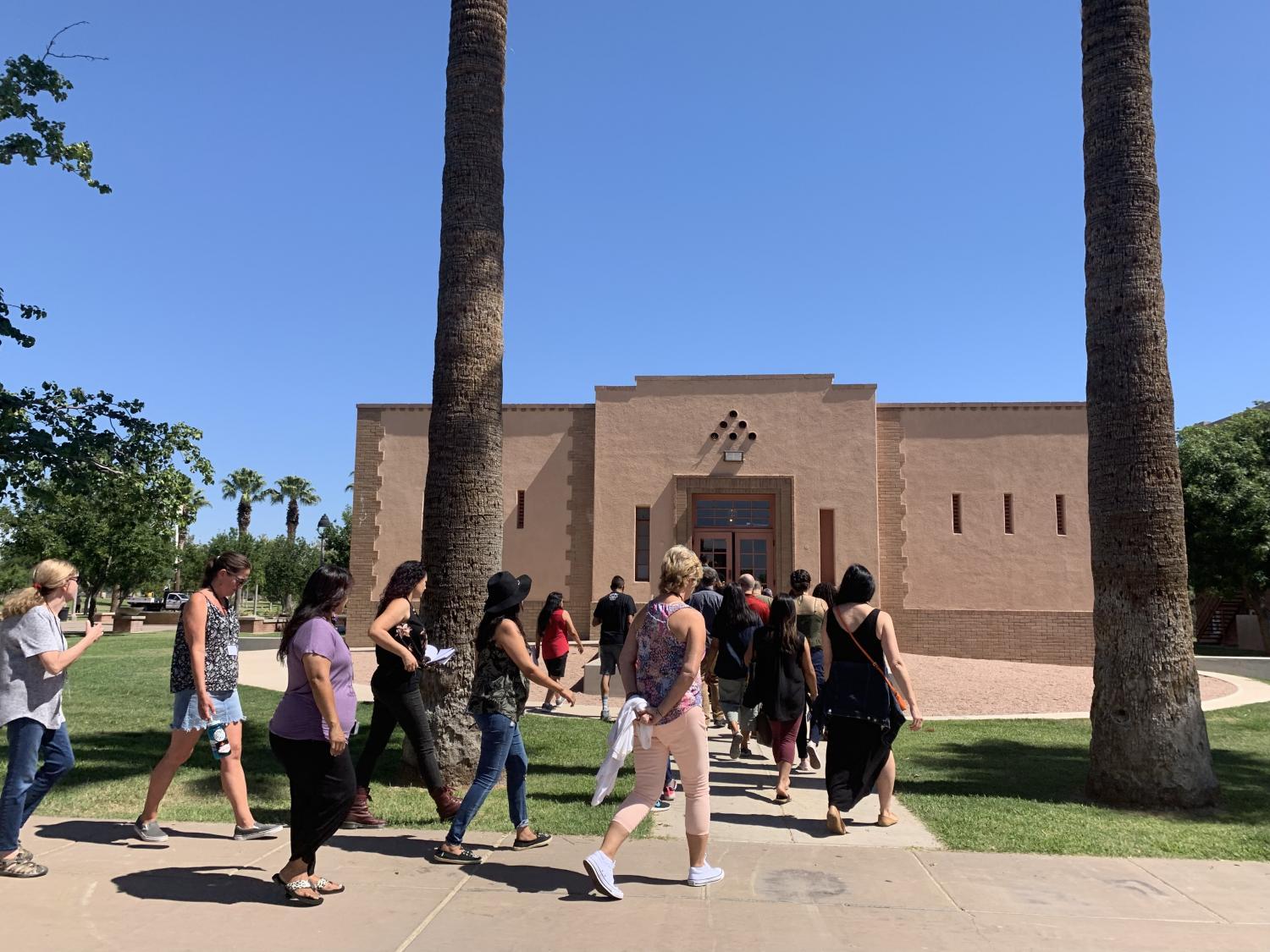 Mariana Dale/KJZZ
Teachers walk into the Phoenix Indian School Visitor Center on the second day of the three-day Teacher Institute.

A black and white image of a long-ago class of students greeted a group of contemporary teachers as they wanted through the front doors of the Phoenix Indian School Visitor Center on a recent day.

"I was looking at those pictures and thinking, those look just like my kids,” Phoenix teacher Latoya Jones said. The building she had walked into was once part of the Indian boarding school that first opened in 1891 and operated until 1990. 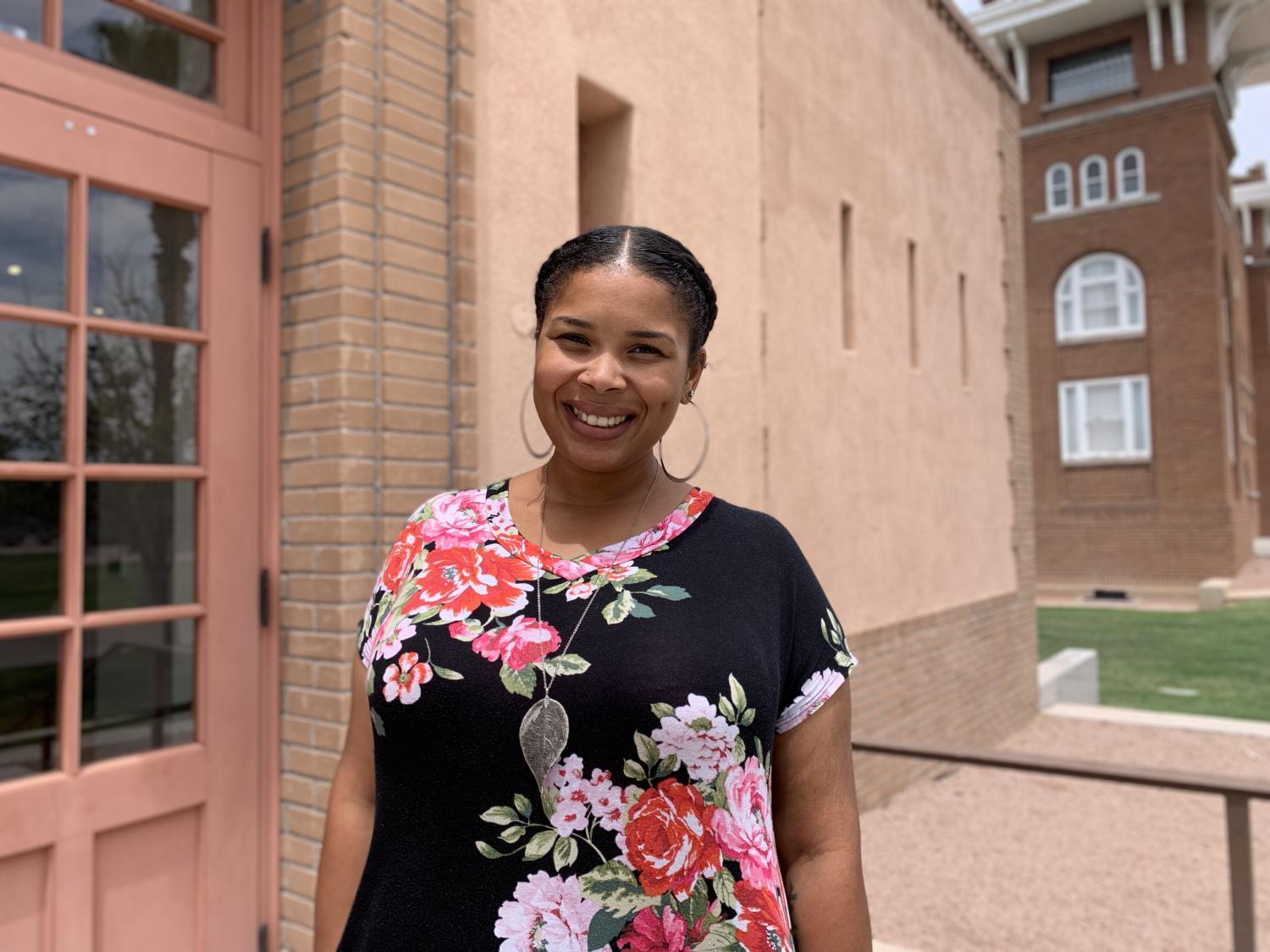 Mariana Dale/KJZZ
Latoya Jones was part of a group of more than two dozen educators who took part in the Heard Museum’s Teacher Institute.

"I have lived in Phoenix all my life and I never knew this was here. I just thought it was a park," Jones said.

Jones was part of a group of more than two dozen educators who took part in the Heard Museum’s Teacher Institute, a free three-day program that prepared the educators to incorporate lessons about American Indian art, history and culture into their classes.

“I think that a lot of times people shy away from it because they don’t want to offend somebody, say something wrong or they just haven’t been exposed to that history in their K-12 education,” said Sharah Nieto, the Heard Museum’s education director.

The teachers' tour guide for the morning was the visitor center’s curator Rosalie Talahongva. She first introduced herself in Hopi and then switched to English to describe the building and its history.

“So when I came to school here, it was known as the band building,” Talahongva said.

By the time Talahongva was a student in the 1970s, attending the school was a choice, but she explained to the teachers when Phoenix Indian School opened, children were taken from their families.

She pointed to a picture of a young boy in a traditional outfit. 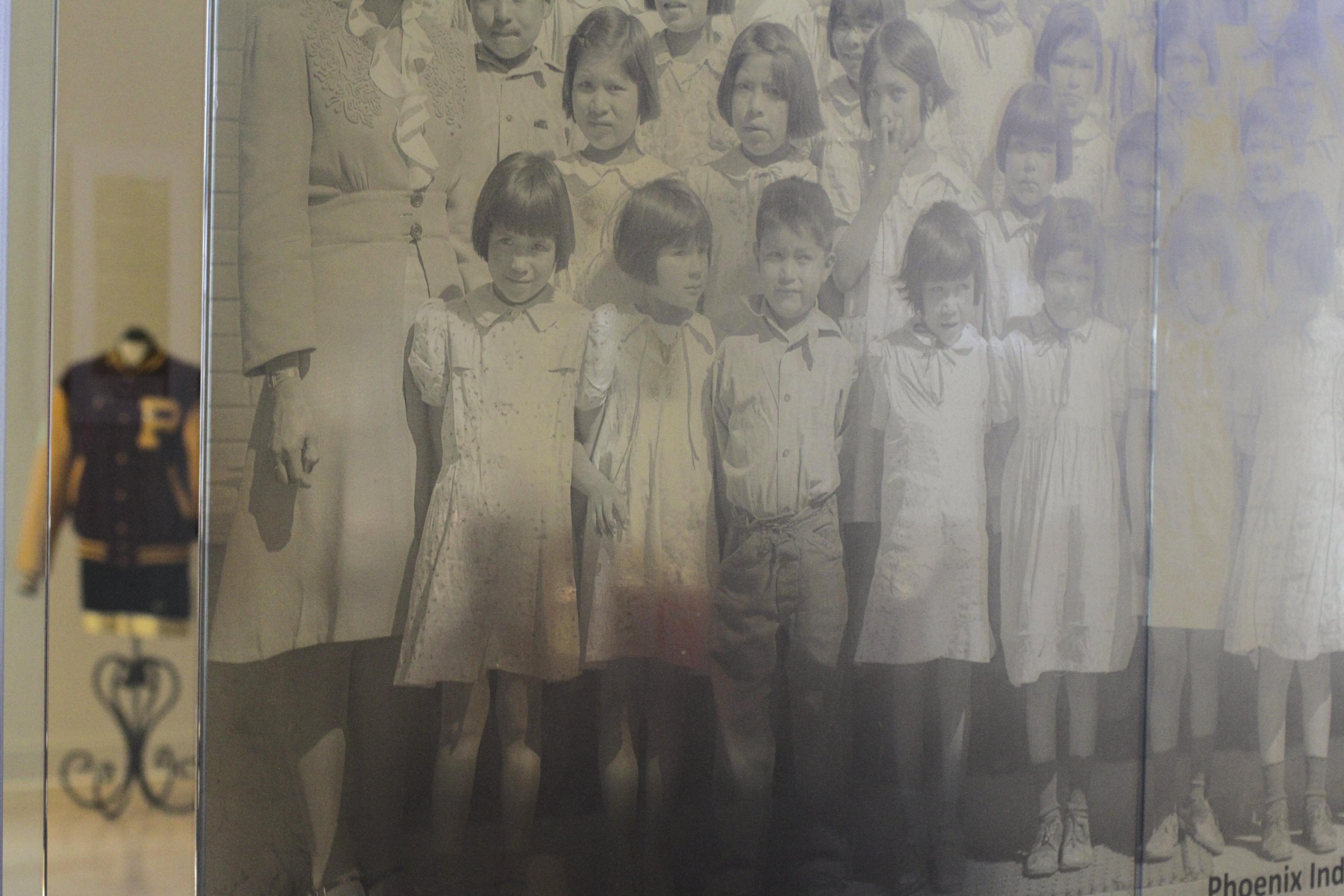 Mariana Dale/KJZZ
The children in this image attended at the Phoenix Indian School in the 1950s.

“The federal government tells him ‘Your language is wrong. Your religion is wrong. Your people are wrong. Your name is wrong,'” Talahongva said, and then gestures to the picture of the same boy with cropped hair and new clothes. “‘So we’re going to fix all that and we’re going to westernize you.’ And that is the foundation for the boarding schools.”

Talahongva said early on, the schools focused on training the students to do domestic work and manual labor, not academics.

"I wanted them to know that education for native people has not always been the easiest,” Talahongva said when asked what she wanted the teachers to take away from the day.

Her tour also highlighted several of the school’s famous alumni, including Ira Hayes, a Marine who helped raise the American flag in Iwo Jima during World War II.

"I'm realizing there is so much trauma that I don't want my kids to know about, but I still want them to know the truth about their history,” Jones said midday. Her goal next year is to make social studies more intentional and relevant to her third-grade students in the Phoenix Elementary School District. 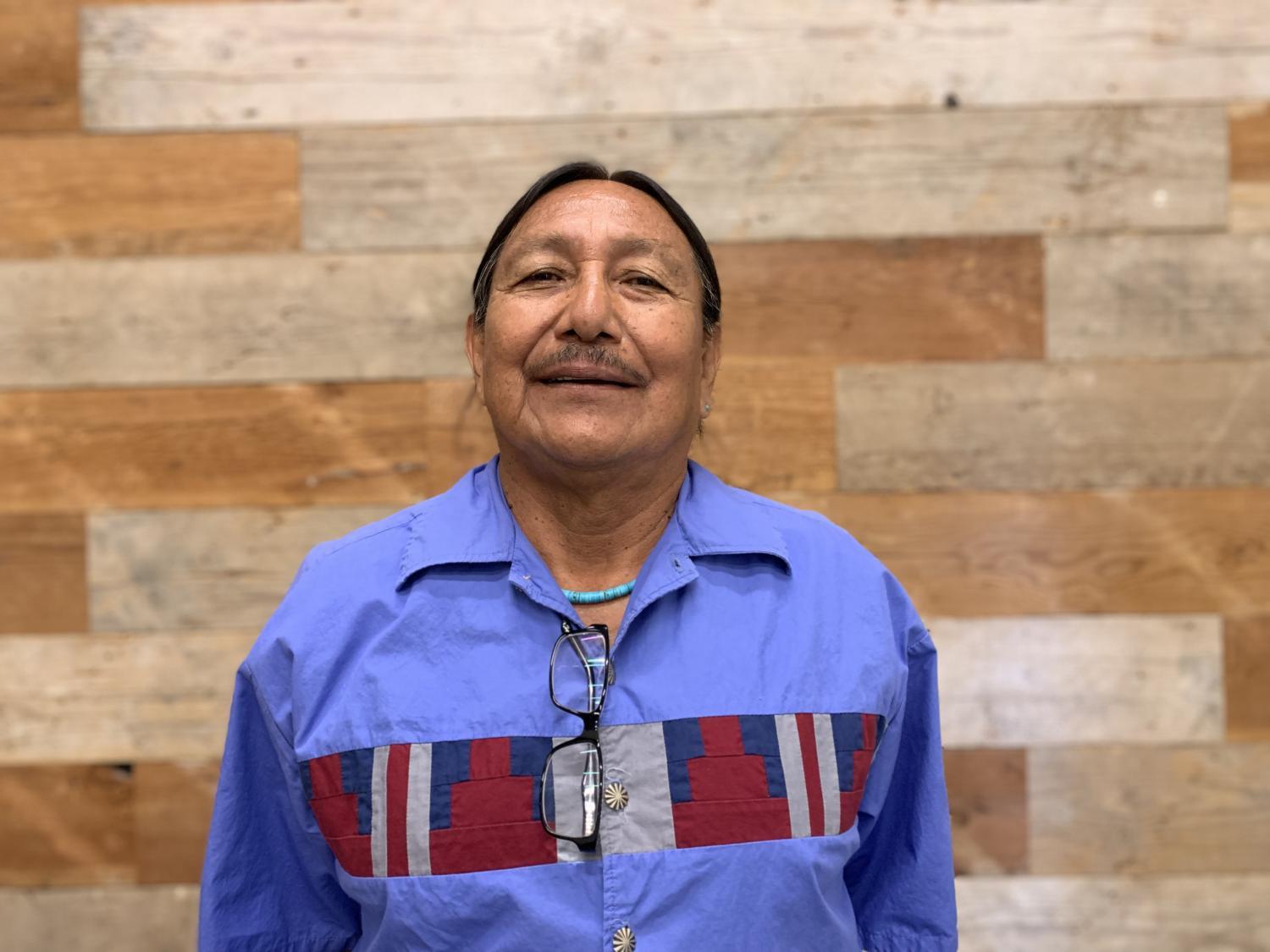 Mariana Dale/KJZZ
"I would emphasize asking that individual student, young person about how they perceive their own identity and build upon that," said Manny Pino, an instructor at Scottsdale Community College and director for the American Indian Program.

"It's OK for them to know the truth and ask them what they feel about it so we are not making the same mistakes that have been made in our own history,” Jones said.

Jones and the other teachers also heard from Scottsdale Community College instructor Manny Pino who lectured about Native American history from a sociological, economic, legal and political perspective.

"I think when we better understand ourselves as populations not different, but more similar in our goals and objectives … many of these social problems that divide us are overcome in a positive way," Pino said.

Even teachers who are intimately familiar with these topics said they gained something from the program.

Zak Adams teaches art at a boarding school in Holbrook in northern Arizona.

His students are all Native American and many come from the nearby Navajo Nation. Adams identifies as Hispanic and white. He became a teacher when his wife, who is Native American, started working at Holbrook Indian School. 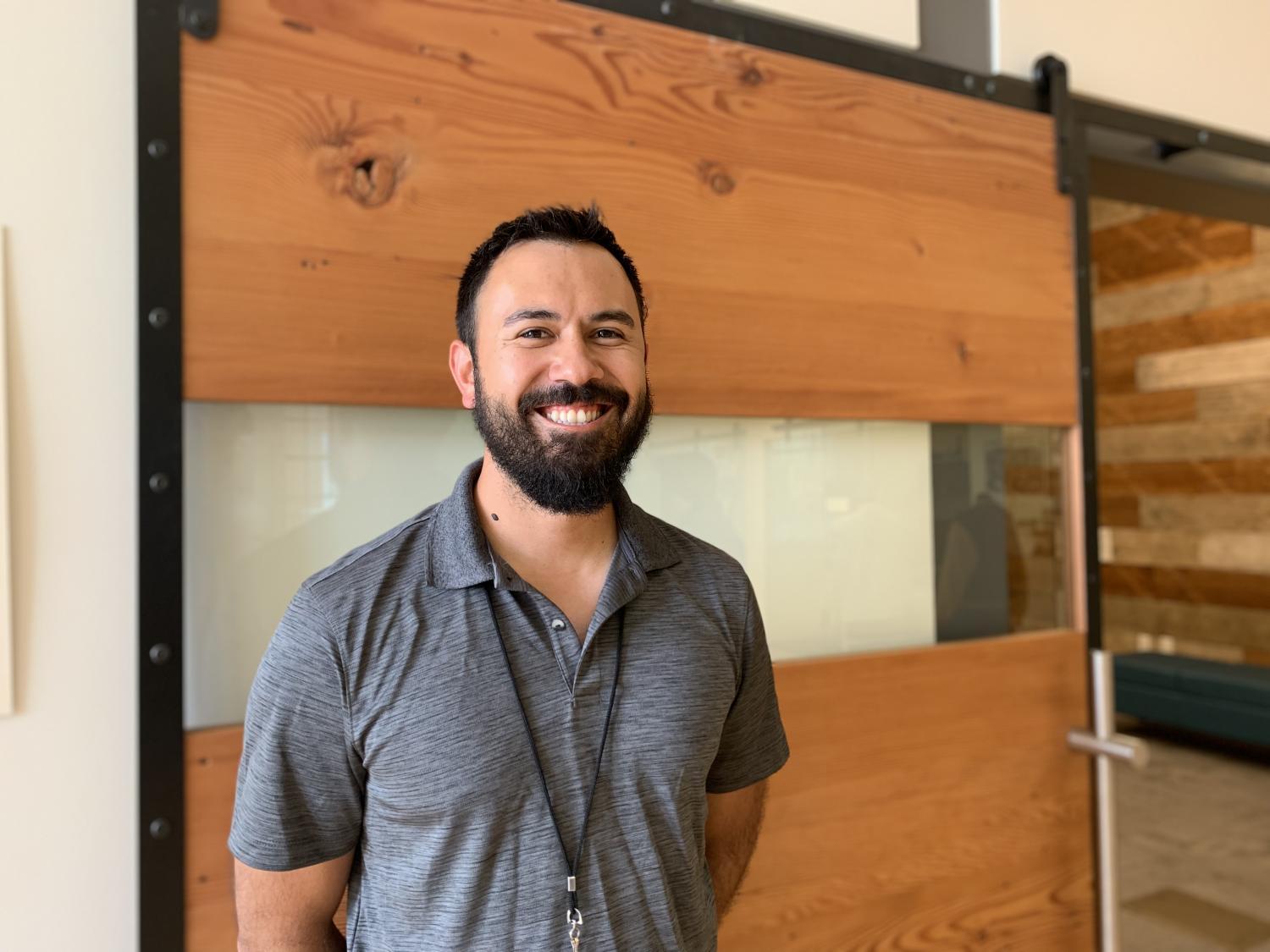 Mariana Dale/KJZZ
“I can’t change their history, but I want to change their perspective on what schools can be and what our school can be so that we can better serve them," Holbrook teacher Zak Adams said.

“I can’t change their history, but I want to change their perspective on what schools can be and what our school can be so that we can better serve them,” Adams said.

Adams first attended the Teacher Institute in summer 2018 and when he returned, pushed for an indigenous art class where students could practice bead work, learn how to quilt, weave and make traditional food.

“I said ‘We need to have this. We need to do this I’m not going to take no for an answer,’ and they let me,” Adams said.

He wants to expand the class to include traditions from indigenous people around the world.

“So my students can see they are not the only indigenous people,” Adams said.