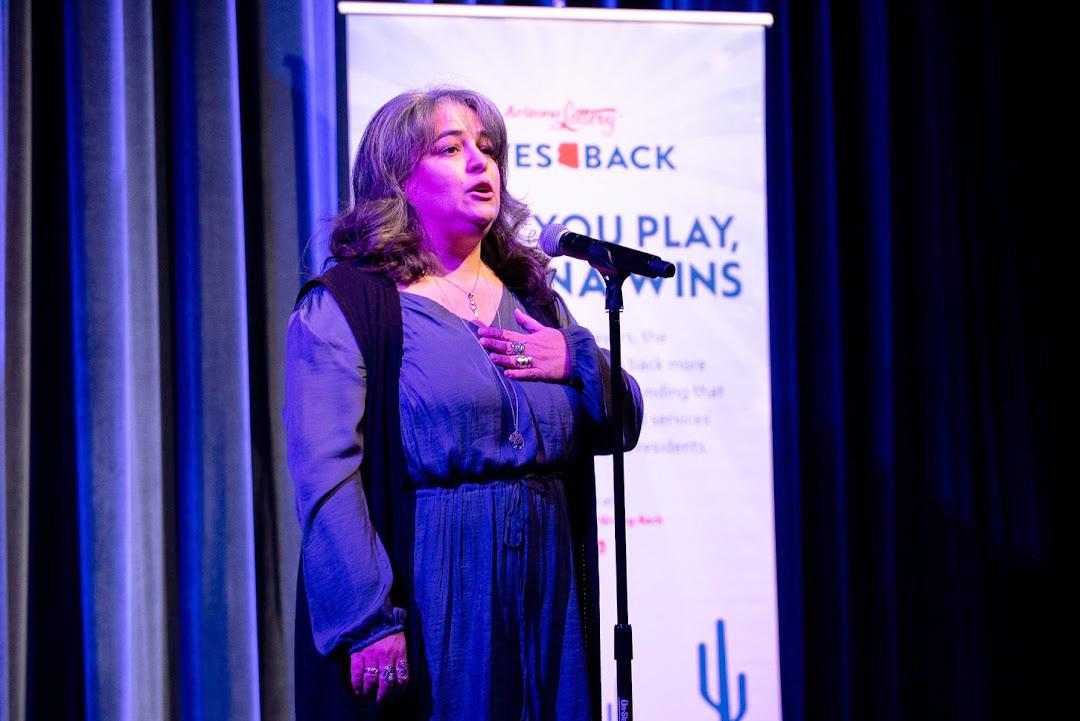 Jeremiah Toller/Arizona Republic
Valerie Marsh shares her story at the New Beginnings event at the Peoria Center for the Performing Arts on January 23, 2019.

KJZZ partners with the Arizona Republic to bring you the Arizona Storytellers series. We record the live events and share them with you on the radio. In Phoenix, the storytellers sometimes share stories about our community or the life events that have shaped them in general.

Valerie Marsh was in a long-term relationship that she was convinced would turn into a marriage and children. But when they broke up, Marsh was afraid she would never get to be a mom. So she decided to adopt.

After a few failed attempts, Marsh was close to giving up hope. A couple of friends encouraged her to keep her spirits up and in 2000, she was about to adopt a baby girl from Guatemala.

Soon after the adoption was final, Marsh learned her daughter was different. Formal testing revealed her IQ classified her as a profoundly gifted child.

Valerie Marsh is a gifted student advocate living in Phoenix.

The next storytelling event is July 18, 2019, at The Van Buren in Phoenix.