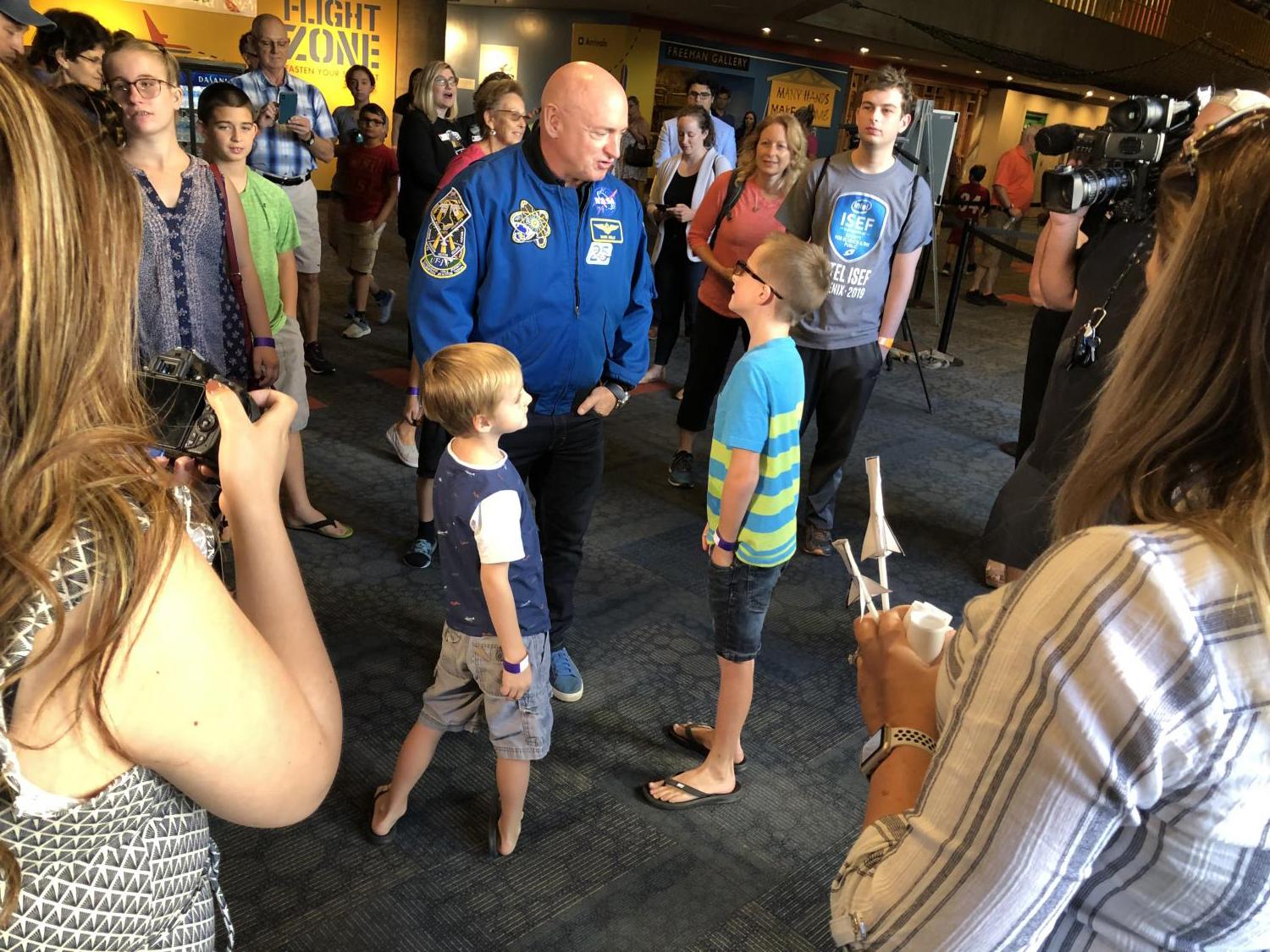 Democratic Senate candidate and former astronaut Mark Kelly was at the Arizona Science Center on Saturday to give a presentation on the solar system and answer questions about the first moon landing.

Kelly, who was 5 at the time of the Apollo 11, says his twin brother remembers it better than he does.

“I was on the floor in our living room, my brother remembers it vividly, and my mom says that I fell asleep because it was pretty late at night on the east coast of the United States," Kelly said.

The 50th anniversary of the moon landing is July 20.

Kelly declined to answer questions about his campaign saying his purpose at the event was to highlight science.