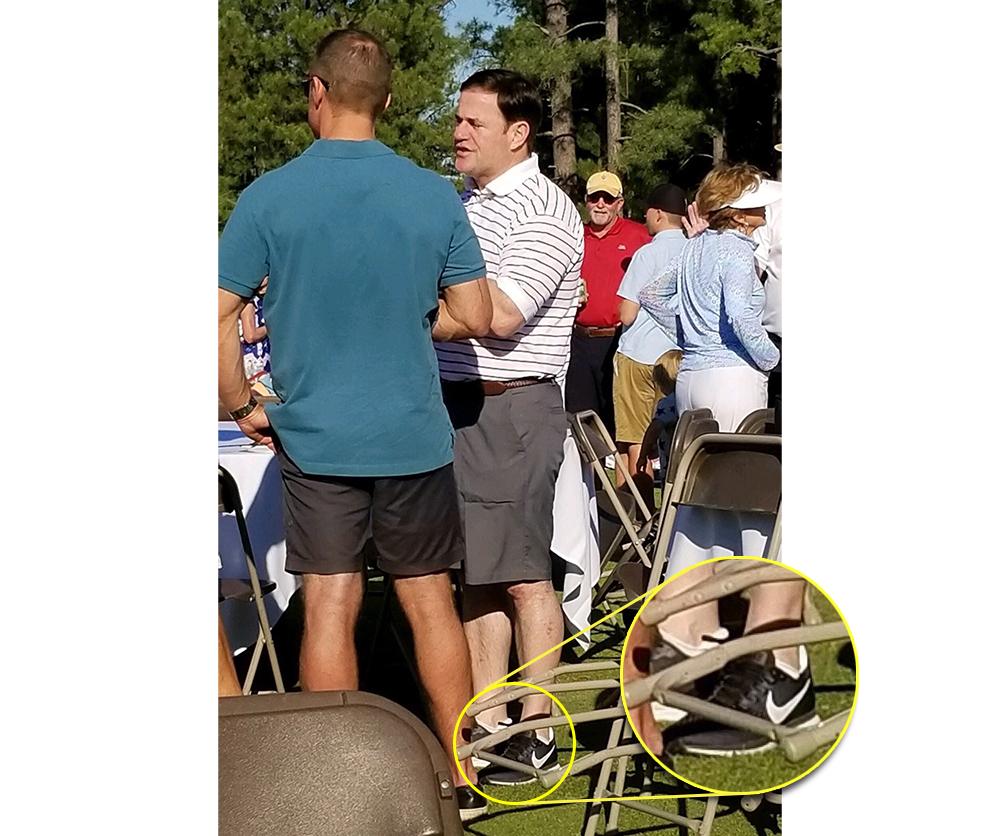 Arizona Gov. Doug Ducey was photographed wearing a pair of Nike shoes just two days after blasting the company on Twitter for pulling a shoe featuring the original design of the American flag.

Republican political consultant Jason Rose says the photo may have undone the message Ducey was trying to send.

“His critique of Nike was justified and popular among many people," Rose said. "The fact that there is potentially hypocrisy and humor embedded in that critique certainly undermines that which he was trying to achieve."

Ducey said in his critique that Arizona would be pulling a $1 million incentive for a planned Nike plant in Goodyear.

Wow, @dougducey standing on principle wearing his Nikes for the 4th of July. #nikeboycott #Nike pic.twitter.com/NTU6kmpQc0