Q&AZ: How Do People Who Work Outside Deal With The Phoenix Summer Heat?

Summer in Phoenix is upon us and despite a relatively mild June, July is off to a hot start. Most Phoenicians try to stay out of the heat, but what about the people who have to work in the heat? How do they cope? That’s what listener Robert asked via our Q&AZ reporting project.

Kathy Ritchie/KJZZ
A plane takes off from Phoenix Sky Harbor Airport in June 2019.

I remember the first time I walked through Phoenix Sky Harbor Airport and on display in a souvenir shop was a t-shirt, with a skeleton in the middle of the desert and the words, “It’s a dry heat” printed on it.

That was in 1992. I had come from a place with seasons. Fast forward almost 30 years, and I would wear that shirt with pride, now. I’ve acclimated. Back then, I nearly cried. After all, Phoenix was a place where just two years earlier, the airport had grounded flights because, as the story goes, the asphalt runways were melting.

OK, the truth is, the runways didn’t melt. The flight manuals at the time didn’t have information about how the planes would operate in 122 degree heat. So while airport workers might have gotten a break then, the manuals have since been updated. And these days, it’s not the heat that will ground a plane.

"It’s more of the monsoon storms and some of the summer thunderstorm activity that will close an airport or our operation," said John Daley, managing director for American Airlines in Phoenix. 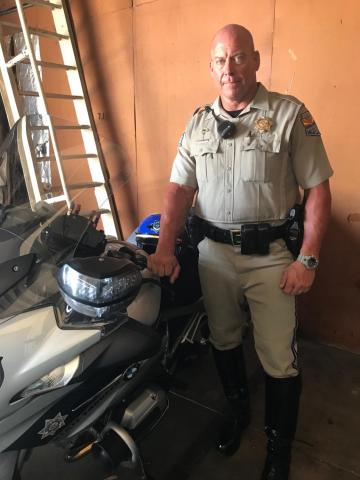 And Daley says summertime can be a difficult environment to work in for the nearly 2,000 ground crew members.

From the jets and the equipment crews use to service the planes. So to keep its people safe, American has a hydration program where water and Gatorade are regularly served to employees; gear is also critical, so gloves and knee pads are provided to protect the body from heat. American also has so-called cool zones located throughout the terminal.

"... And that consists of a bench so they can sit down actually outside a shade cover and a large sideline fan kinda like what the NFL players use the big fans throw mist onto them so they have an outdoor location close to their work area to cool down and take a quick rest, even if they have the turn of the aircraft still active," Daley said.

Airport personnel aren’t the only ones who have to muscle through our sweltering summers.

Fleming is a motorcycle trooper. This is his 11th summer riding. And he’s pretty blunt about how it feels to work in that kind of heat

"It’s just hot. You sit there and you sweat and you try and deal with it the best you can," said Fleming.

Which means, this particular detail isn’t for everyone, he says.

"And nobody goes into this not knowing that it’s going to be hot, so we make it very clear that it can be very miserable at times," Fleming said.

Just how miserable? Well, let’s start with the heat. First, there’s the air temperature, then there’s the heat coming off the bike.

"And we also have the ground temperature coming of the rubberized asphalt and things like that which can be in excess of 130 degrees, easily," he said.

Then, there’s the uniform.

"These are 100 percent wool pants. They’re for protection, but it also holds the heat very nicely," said Fleming. 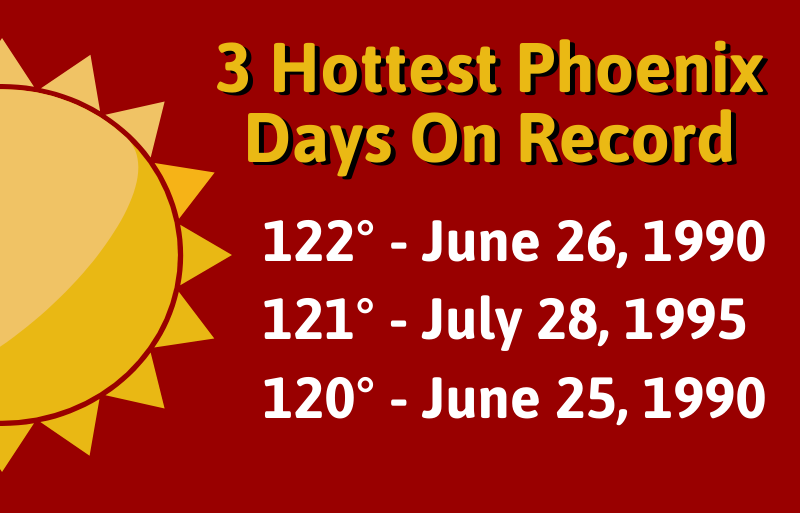 So do his black motorcycle boots, which come up to his knees. His torso is covered by a mesh shirt, and a black t-shirt that goes over that. He also wears a ballistics vest.

OK, now you know the external factors. So, what does Fleming do to not pass out from the heat?

"Drink, drink, drink. Take a break when you need it and get back at it," he said.

Fleming says he drinks anywhere between two and three gallons a day when it’s really hot.

The other trick, said Flemming, "Find shade. Whether it's an overpass, or a small little tree, there's been a number of times where we've just used the signs over the freeway — and it's just a pole or the width of the sign, we will move with the shade."

DPS troopers will also pop into a convenience store and chill out in the cooler area for a few minutes — a tactic Fleming has been known to employ.

So, you’d think there would be some long-term effects with this kind of exposure to intense heat. Dr. Devin Minor is an emergency room physician with Banner Health.

→ Signs And Symptoms Of Dehydration

"As long as you’ve gone through that acclimatizing period where you gradually transitioned over days and weeks of doing this heat related work, you’ll usually do fine as long as you do the typically precautions," said Minor.

Like drinking three gallons of water, which Dr. Minor says is the appropriate amount of water to drink if you’re outside for long periods of time like Trooper Fleming.

So, my takeaway: humans are capable of enduring extreme temperatures — whether it’s the summers here in Phoenix or the winters in a place Minnesota — as long as you play it safe.