A bystander’s video shows officers cursing and pointing guns at Dravon Ames, his pregnant fiancee, Iesha Harper, and their two young daughters. Police say the family was suspected of shoplifting and failed to obey commands.

Ames told KJZZ his 4-year-old daughter took something, but he did not ignore police commands.

Since video of the May incident was shared on social media and reported by news outlets across the country, the city has heard from many police critics and supporters. During Wednesday’s meeting, after Ames and others asked the council to fire the officers involved, Council member Carlos Garcia addressed the family.

“I want to thank you for your work,” Garcia said. “I know it’s hard to time and time again speak to the media, come here in front of us and hear things that, that attack your character.” 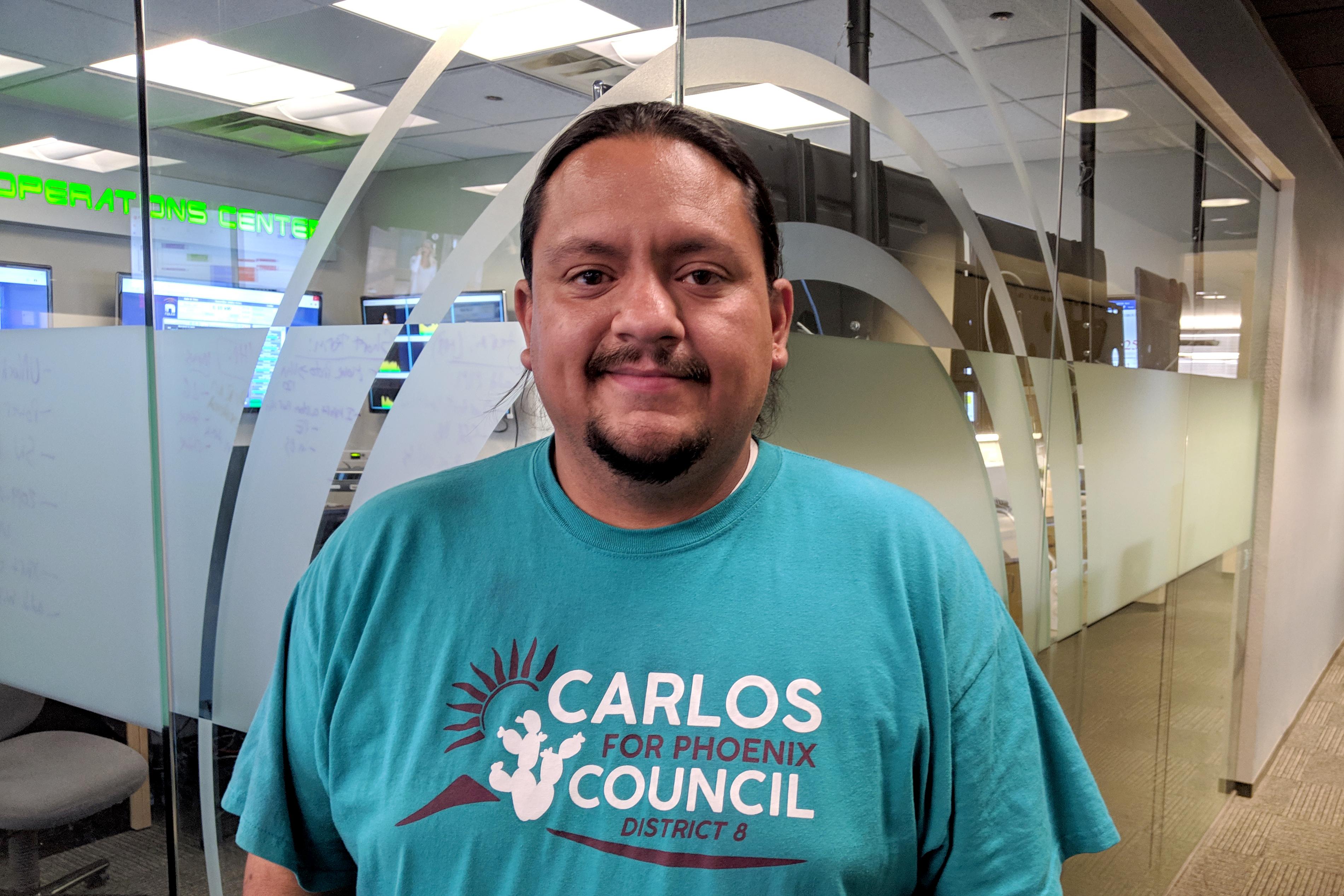 Mayor Kate Gallego summarized why the council is staying out of any disciplinary action while the internal investigation is underway.

“So, we have legislation at the state level that provides due process rights for our police officers,” she said. “There’s also memorandums of understanding with our employee groups, and the City Council is prohibited from firing a city employee.”

Garcia addressed Ames and Harper: “Our office is committed to finding a way to discipline officers. What was done to you all was wrong, and you’re right, the world saw it and the world is speaking to it.”

“I am strongly opposed to any firing, any limitations put on these police officers,” DiCiccio said. “They’ve got an exemplary career here. Other than the swearing, they did everything within policy.”

Garcia, who campaigned on police accountability, told Ames and Harper his office will stay focused on the situation.

“To look for ways in which your family can obtain some justice,” he said. “And, again, we hope we can continue to work together and figure out what that justice looks [like] for you.”

The family has filed a notice of claim, which is a precursor to filing a civil lawsuit against the city. During a news conference immediately before Wednesday’s meeting, the Rev. Jarrett Maupin, a civil rights activist, said Ames and Harper are looking for full justice.

“The fullness of justice requires criminal justice, financial justice, the emotional counseling,” he said “We’re suing for a lot more than money. These people have been through something. They’ve been through hell. The whole world saw that.”

“The video tells it all,” Harper said. “They can say what they want to say.”

“As long as the officers are off the streets and not going to hurt anyone, that would make me feel way better,” Ames said.

Like the police, Harper and Ames said they have also been receiving threats since the video went viral. 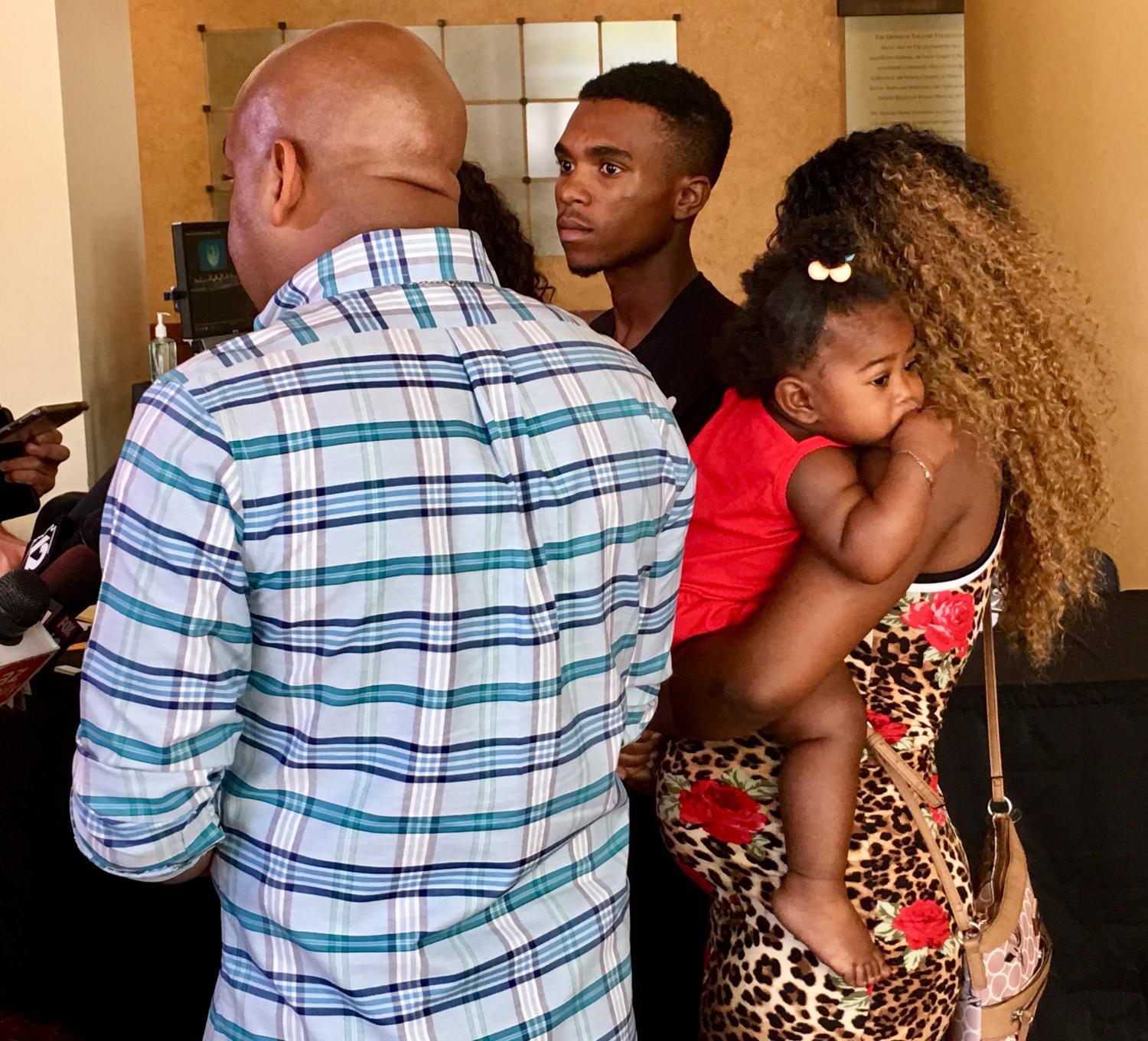 Christina Estes/KJZZ
Dravon Ames (center) and Iesha Harper stand with the Rev. Jarrett Maupin (back to camera) after the council meeting on July 3, 2019.

"Today, council took action to strengthen the trust between our community and the police department. Phoenix Police Chief Williams presented a five-point action plan outlining departmental changes. The council immediately moved forward with a vote on two of the presented items, an early intervention system and a public opinion survey. Mayor Gallego proactively called for a September work-study session on civilian oversight options.

This session will look at options for a civilian oversight in Phoenix and answer council questions posed during today’s policy meeting. Each of these measures represents actionable steps toward improving community trust and ensuring our police department is the most innovative in the nation.

Our goal today and always is to have both our residents and our officers return home safely each night. The city’s investment in modernized officer training, expedited body camera roll-out and a new early intervention system helps to ensure that we meet this goal.

As elected officials, our job is to understand and speak to the many different viewpoints that exist within our city--to put ourselves in the shoes of the people we represent and see the world through their eyes. This means recognizing that there are people who feel the police are not their allies and still, others who feel that the police are being treated unfairly, and many more who fall somewhere in the middle. This discussion is not comprised of two groups with opposing views, nor is it a conversation limited to nine councilmembers.

It is a conversation of 1.7 million Phoenicians with different viewpoints, life experiences, and concerns. This issue will not be solved overnight. We have begun the process of having these difficult conversations and making concrete changes. Today is not the last discussion nor action on this topic."