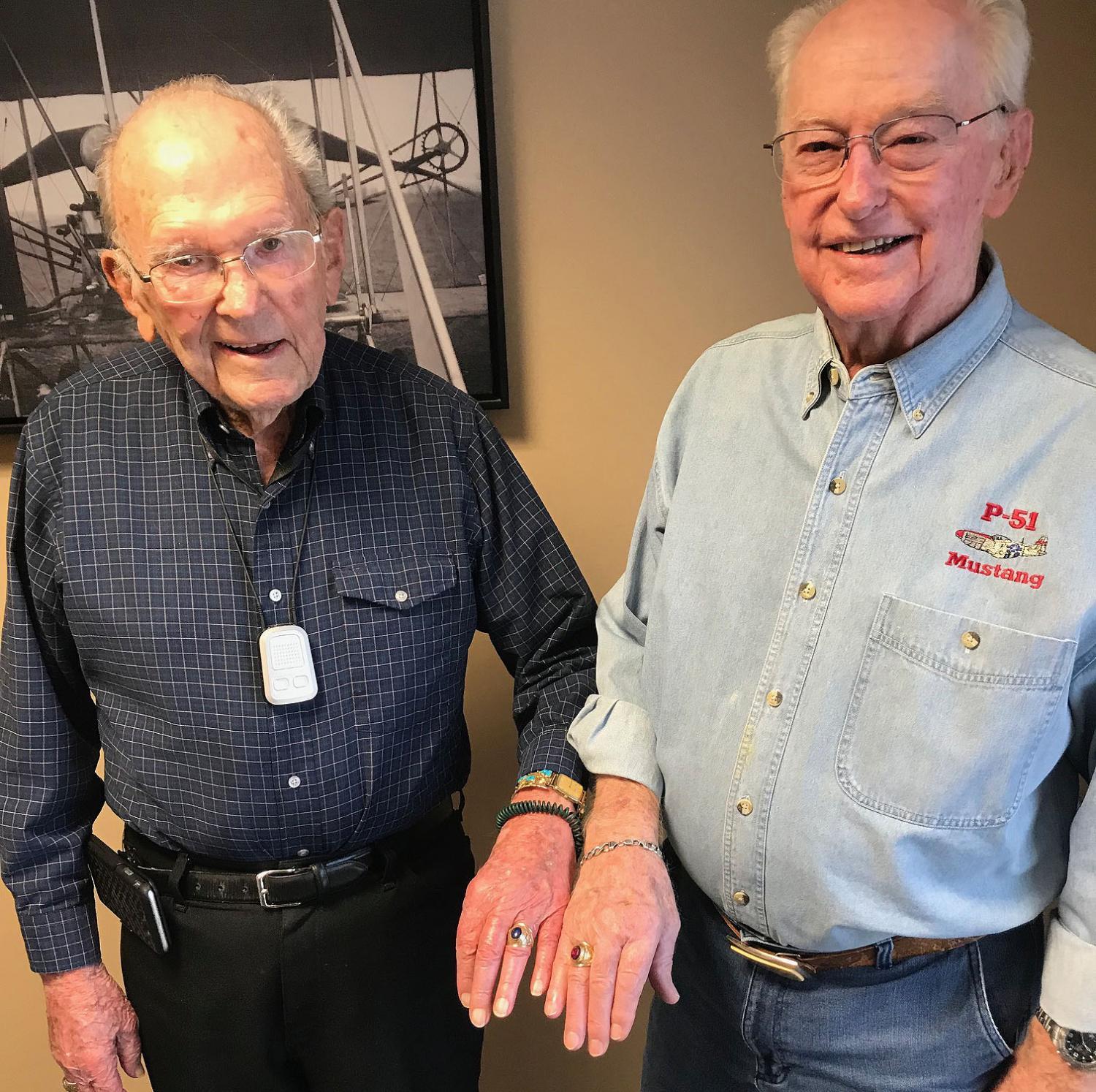 As events mark 75 years since the deciding battles of World War II, there are not many left who participated or even remember what life was like during the conflict. Two Arizona residents, now in their 90s, are passing along their memories at a Scottsdale retirement community. As part of an occasional series celebrating the so-called Greatest Generation, KJZZ’s Phil Latzman recently visited the two vets to hear their stories of survival and sacrifice.

Rex Prisbey, 97, was a pilot in the Army Air Corps in the China Burma India Theater, commonly known as the CBI — protecting, guarding, charting and supplying personnel and materials for the war front in the Pacific.

Long before computers, Prisbey was the GPS of his time. He said the CBI were some of the unsung heroes of the war “because we were actually the intelligence and so we mapped with photography instead of guns.” 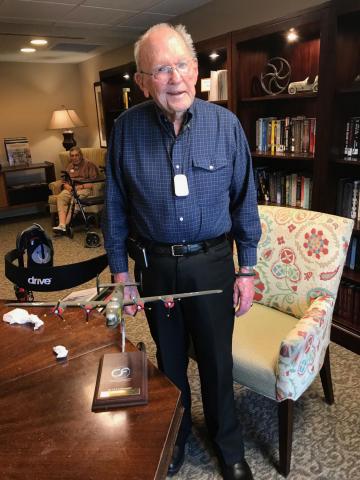 Gene Graham, 94, was also a mapping pilot in Pacific during the war — a living GPS himself, who went to fly 30 years in what would become the U.S. Air Force.

“Our job was mostly taking pictures of targets to be and targets that were,” Graham recalls. “We went in first, we went in last. We went in to see if enough damage had been done to a target to not go back.”

The two nonagenarians, still flyboys at heart and from different parts of the country, didn’t know each other until recently meeting at the Belmont Village community in Scottsdale where they understandably formed an instant bond.

Seventy-five years ago, they were flying separately around Southeast Asia listening for news on the European front.

“Those guys had their problems, we had our problems. We kept our ears to the ground and knew what was going on, but we had a terrible fight in the Pacific to be done yet,” Prisbey recalls of the effort half a world away.

Graham remembers being overwhelmed. “We knew that Hitler was really the one that had to be taken out first. But we knew that we had a great battle ahead of us.”

The two never got called in for combat. Graham feels fortunate for that.

“I’ve complained about that quite a bit a whole lot to myself — and other people, too. But I came to the conclusion that maybe it saved my life. That’s what we thought about in those days,” Graham said. 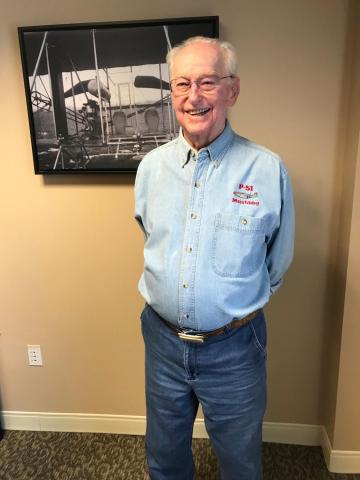 Prisbey said they were all in it for the greater good, whether on the front lines or not.

“You and I wouldn’t be here talking if Hitler accomplished what he wanted to — and he came so close,” Prisbey said.

Graham this generation has a much different perspective on what war and sacrifice means than the one he grew up in.

Graham speaks regularly to young people about his service.

“One of them asks me, did I think the atomic bomb was really necessary? And I told him with all sincerity, absolutely! It was necessary. It saved a lot of lives. It also killed a lot of lives, but they were our enemy,” he said.

Prisbey and Graham are among a dwindling population of Second World War veterans in the Valley.

It’s Bob Dalpe’s job to make sure their voices are still heard.

“I think you take it more seriously when you get older. All of the sudden, there’s a legacy," Dalpe said.

Dalpe is with Unified Arizona Veterans, bringing them together to share their stories.

A retired Air Force weather forecaster, he’s finding fewer and fewer of the greatest generation remaining, even here in Arizona where many come to retire.

“One of the youngest of the Code Talkers is 90, because he lied about his age when he joined the service at age 15,” Dalpe said.

“And that’s the only people you are hearing (about), are those who lied about their age when they joined the service at 14, 15, 16 — recruiters didn’t care back then, they needed the bodies.”

“Without those stories getting out there, we’re gonna repeat the past. It’s really important to tell them that story, so they understand, hey what’s really going on, how is it going on? What really happened?” he said.

As the Greatest Generation fades away, we’re hoping to keep their memories alive. If you know of someone who would like to remembered for their service in World War II, write to Phil Latzman at [email protected].