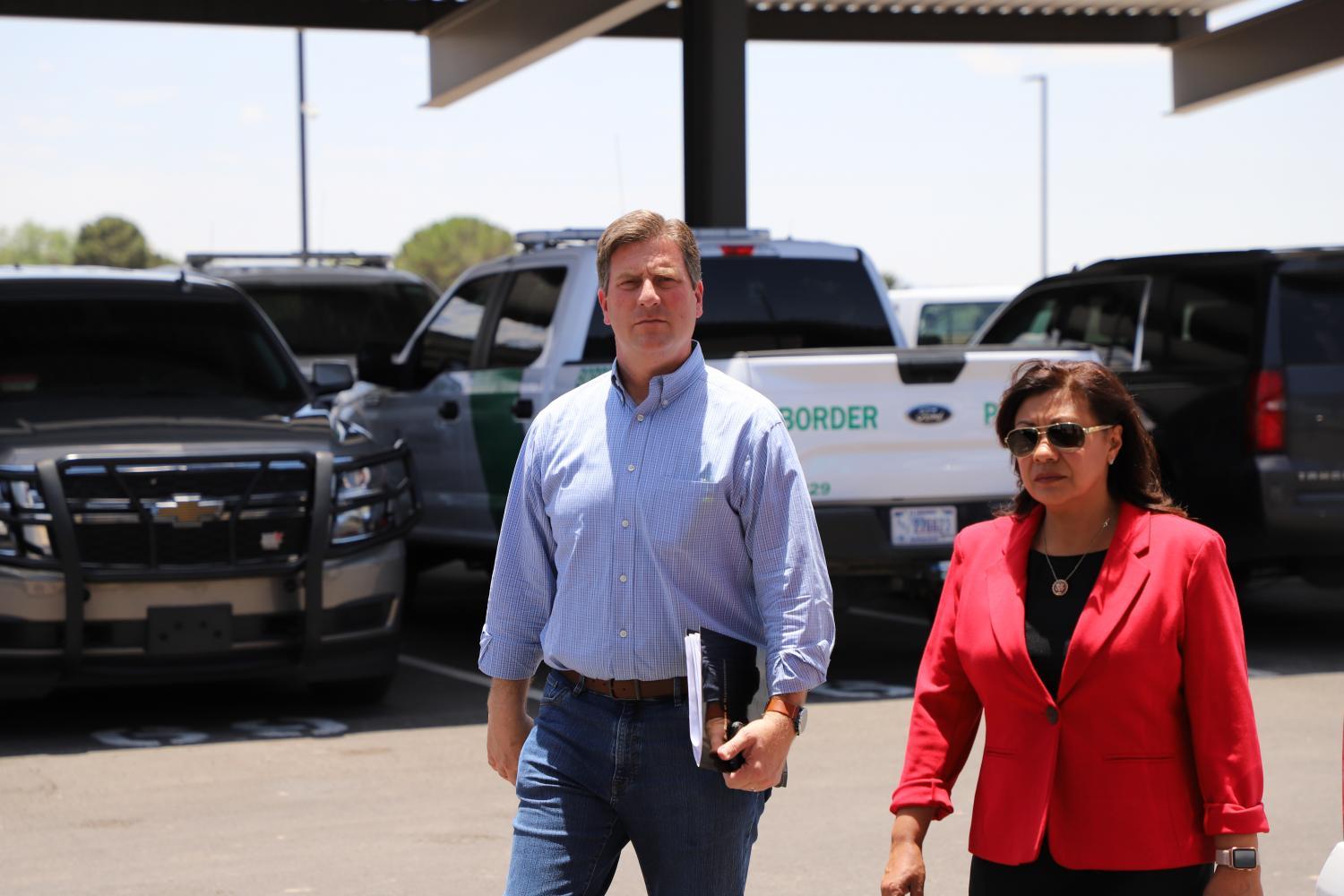 Arizona Democratic Rep. Greg Stanton, who was part of the delegation, called for increased congressional oversight following his visit. He said the U.S. doesn’t have a detention system that meets American values.

“Many of the women reported they hadn’t had a chance to shower in many days," he said. "Folks reported they were not given the opportunity to have a longer period of sleep. The conditions that I personally saw as it relates to the play area for the children were not acceptable.”

Stanton also said border patrol agents he spoke to expressed frustration that facilities like those in Texas were not designed for the purpose of long-term detention. But, he stopped short of calling for closure of them.

Earlier in the day, ProPublica reported the discovery of a Facebook group in which current and former Customs and Border Control agents posted anti-immigrant and sexist memes and comments, including those directed at Rep. Alexandria Ocasio-Cortez.

In response to the article, Stanton promised congressional hearings to hold those agents responsible and called for terminating their employment.

“The vile language that was used toward our immigrant community, and my fellow members of Congress, was disgusting and unacceptable,” he said.

Matthew Klein, assistant commissioner for the Office of Professional Responsibility released a statement following the publishing of the report:

"Today, U.S. Customs and Border Protection was made aware of disturbing social media activity hosted on a private Facebook group that may include a number of CBP employees. CBP immediately informed DHS Office of the Inspector General and initiated an investigation. CBP employees are expected to adhere to CBP's Standards of Conduct, Directive No. 51735-013A both on and off duty, which states, “Employees will not make abusive, derisive, profane, or harassing statements or gestures, or engage in any other conduct evidencing hatred or invidious prejudice to or about one person or group on account of race, color, religion, national origin, sex, sexual orientation, age or disability. This includes comments and posts made on private social media sites."

U.S. Border Patrol Chief Carla Provost said, "These posts are completely inappropriate and contrary to the honor and integrity I see — and expect — from our agents day in and day out. Any employees found to have violated our standards of conduct will be held accountable."