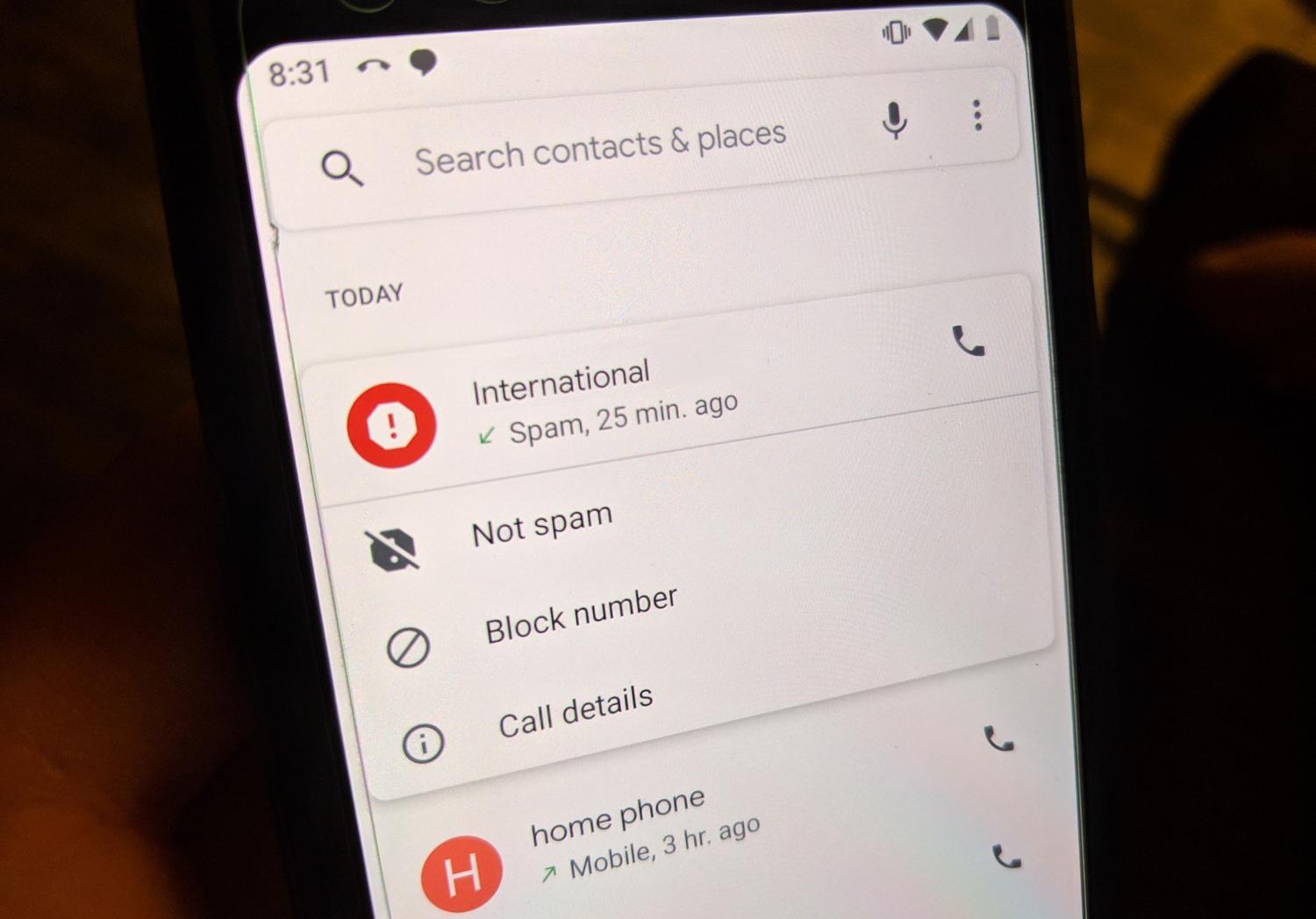 LAUREN GILGER: The Arizona Attorney General's Office is going after companies behind those annoying unsolicited phone calls we all get. It's part of a national effort involving the Federal Trade Commission and two dozen other state and local agencies called Operation Call it Quits. The campaign includes legal action against companies who are breaking the law and an education component to help people avoid the calls and protect them from getting ripped off. For more on this I got a hold of Doug Shadel a former fraud investigator and one of the nation's leading experts on robocalls and telemarketing fraud. Shadel is director of the AARP for the state of Washington and we began our conversation with the problem. Is it just me or are there more robocalls out there than there used to be?

DOUG SHADEL: Well there's no question that the volume of robocalls is expanding dramatically. One estimate is that in 2017 there was 30 billion calls coming into the United States; robodials. That number in 2018 was 48 billion and it's about 5 billion a month now in 2019. So just the raw numbers are gigantic and that's why everybody is annoyed by them, I think.

GILGER: Yes, we are certainly all annoyed by them. But why are they so difficult to stop? I mean, we hear a lot about efforts to try and stop this by government, by phone companies etc. but it doesn't seem to do anything.

SHADEL: I think there's a couple of reasons. One, is technology has just made it so inexpensive to send massive numbers of these calls out and they come from all over the world. They're not just coming from, you know, New York or Los Angeles but you could be anywhere and do this kind of robodialing work. That's one thing. Another thing is, I think, the phone companies have felt constrained by which ones do we stop. How do we know which ones are legal and which ones are illegal? And if he starts blocking calls that are legitimate that exposes them to some liability. We've been telling our folks that one real short term solution, at least you know told the group this yesterday, is to try and get some kind of a call blocking service whether it's, Nomorobo or a YouMail or a Robokiller. There are a number of apps that you can install that will take care of a lot of it, not 100% but 95-98% of it.

GILGER: And the risk for phone companies there is that, like you said, they will block legitimate calls coming through like something from your pharmacy, is that the concern?

SHADEL: Yeah or just anybody who might say, 'How come you're blocking my call?... I'm not an illegal robodialer.' And some of the work that the FCC is doing now would protect them from that liability. And maybe even get to a place where a consumer would have to opt out. There would be an automatic blocking going on and you could opt out if you're concerned that calls aren't coming in that you wanted but that would cut a lot of them out, also. And it would mean that you wouldn't have to have a third party blocking app to stop the calls. Our concern has been the number of those calls, quite frankly, that are frauds, that are scams. And we did a survey, a national survey, about two months ago; where we tried to gauge the extent to which people are responding to some of these calls. You know things like, there's something wrong with your social security card or that you owe the IRS money. And one of the things we found is there are a lot more fear appeals in these robodialers now. Imitating government agencies but it used to be that it was like, 'hey you won a prize' or something like that. A lot of them now are just, you're going to get arrested if you don't give me $900.

GILGER: I have definitely gotten that call or something along those lines...  So, that was the other question. So robocalls, like, as a nuisance is one thing... but the real effect of this is cumulative, right? Like lots of people are actually getting defrauded and spending money this way.

SHADEL: Right, well there's sort of.. these two trends. One is, we're seeing more and more robodials that use fear to get you to pick up the call. And in our survey people are more likely to pick up that call if it's a fear appeal. The other thing is, we're trying to educate our members and the public in general, that you can no longer rely on caller ID to determine who's calling. This is another problem because it is so easy to spoof the number. I mean we are just completing a campaign out here in Washington now called Spoof Proof Your Life. In our survey we asked people the question, 'how likely would you be to pick up the call if the caller ID said it was a toll-free number?' 1 in 5. 'How likely would you be to pick up that that same call if it was a local area code in your area?' 6 out of 10 would pick that call up, right. So you get a lot of people who are still relying on that caller ID  and the scammers and the robodialers are all just spoofing all those numbers... The number that comes in over caller ID almost means nothing nowadays because... they're all making it look like it's coming from your local area. We had 6 out of the 10 people responding to our survey said that in the last 30 days they had picked up a call thinking it was local, only to find that it was some kind of a salesman or some kind of a scam.

GILGER: OK, so now the FTC and 25 state and local agencies, including those here in Arizona, are unveiling this sort of crackdown operation on robocalls. This is called Operation Call it Quits. What exactly will this do in your opinion, will it be effective?

SHADEL: Well, I mean, I think there are these sort of policy changes that are going on. The law enforcement community is trying to shut down as many of these as possible but they will all tell you the same thing, which is kind of a game of whack-a-mole. You shut down one, you find another one coming in somewhere else... But I think the combination of those things. And the third element, which is what we're doing. AARP, is the education piece. Which is to teach people, here's what spoofing is. Here's how to get a third-party call blocking thing, If you need it. The combination of all those things has some potential. It's never going to be just one thing that's going to stop this.

GILGER: So it sounds like this isn't going anywhere no matter what, government, phone companies and how much education we all have, it's just a matter of continuing to fight it on various fronts?

SHADEL: I think so. I mean, I think that's right. And until somebody comes up with a magic technological bullet, which could happen. And some of the call blocking services are very clever in how they do this. You know, one of them purchased 250,000 old telephone lines and the phone continues to ring into a computer and that's how they identify robocallers. And they're identifying a thousand new robocallers a day. And so what happens is they create a blacklist. Then when you sign up with this app, when a call comes into your phone they compare it to the blacklist. If there's a match it blocks it. If there's no match it lets it through. That blocks like 98% of the robocalls coming through. So there are technological solutions that are chipping away at this problem. But like you said, I don't think it's going to be any one-thing.

GILGER: All right, that's Doug Shadel, Washington state director of AARP, a former fraud investigator and a telemarketing fraud expert. Doug thank you for joining us on the show this morning.