Phoenix city and police leaders are looking for ways to improve the department’s relationship with communities of color. More than 2,000 residents filled Pilgrim Rest Baptist Church in Phoenix last week for a community meeting. They were there to talk about the city’s police department.

"We are not here because of a shoplifting incident. We are here because we are outraged at the conduct of Phoenix police officers," said Dwayne Allen. 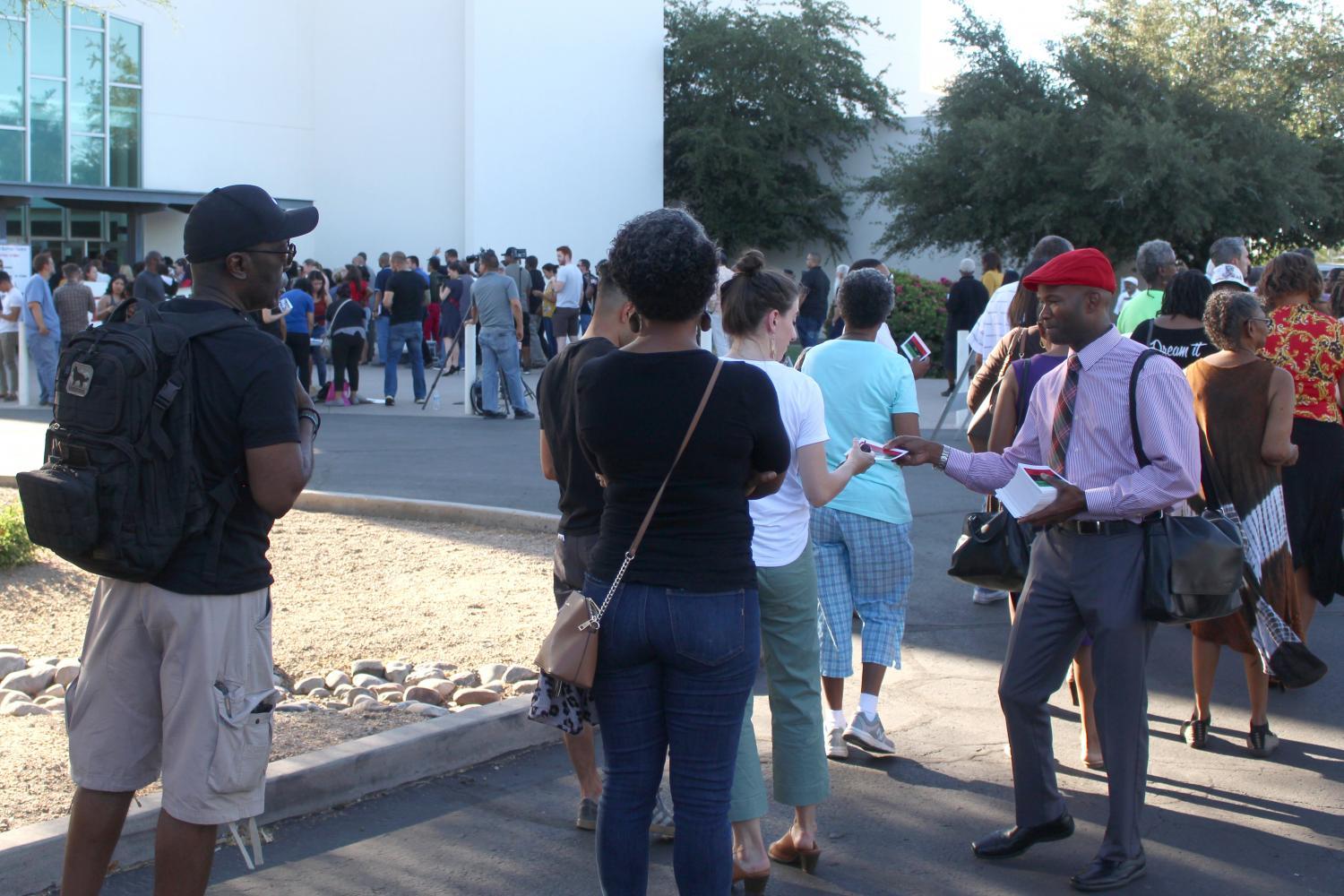 Bret Jaspers/KJZZ
The line outside a community meeting at Pilgrim's Rest Baptist Church to discuss the viral video of Phoenix Police responding to an alleged shoplifting incident.

Allen is co-owner of the Breadfruit and Rum Bar downtown, and serves on a city commission. He’s also a Marine Corps veteran who’s lived in Phoenix for more than two decades.

"It is time to cleanse the police department of these rotten elements and send the clear message that the men and women sworn to protect us — that we will tolerate nothing less than the highest standard of conduct from them," he said.

Allen said he decided to speak at the meeting because he, in some ways, saw himself in the family at the center of that viral video after the alleged shoplifting incident.

"I myself have had a run-in with a police officer that was less than professional, to put it lightly," he said. "And the reason for that run-in was because he inadvertently, I guess, transposed some numbers on my license plate. And, as a result, he claims that the car came back as a stolen car."

Allen said the officer in his case approached his car with his weapon drawn and shouted commands. Allen explained he was not armed and handed over his license and registration. After the officer checked it out, he apologized to Allen and explained he’d gotten the license plate number wrong.

The Show sat down with Allen to talk more about his experience, and what he’d like to see change going forward.