Woodbury Fire Near Superior Has Grown To 176 Square Miles 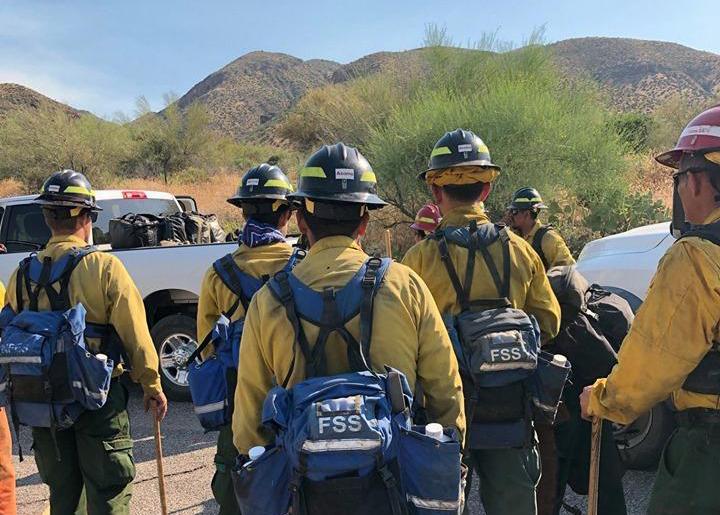 inciweb.nwcg.gov
Firefighters on the scene of the Woodbury Fire in June 2019.

A human-caused wildfire burning for the past 16 days in the Superstition Mountains east of metro Phoenix now has grown to 176 square miles.

Fire officials say the Woodbury Fire grew by about 26 square miles from Sunday morning to Monday morning. The blaze is 48 percent contained.

Spokesman Jason Richmond says surrounding communities shouldn’t be alarmed by the smoke seen throughout the day.

Authorities are hopeful the fire will be fully contained by mid-July.

The Gila County Sheriff's Office lifted its evacuation notice for all Roosevelt-area residents as of 11 a.m. Tuesday. State Highway 188 is open from Globe to Payson with some speed restrictions, but State Highway 88 remains closed from Tortilla Flat to the Roosevelt Dam. The Tonto National Monument also remains closed.

No homes have been damaged since the fire was spotted June 8 about 5 miles northwest of Superior, a mining town of fewer than 3,000 residents located 60 miles east of Phoenix.