The Aging Population Is At Risk For Abuse

Tweet
Coverage of aging is supported by AARP of Arizona

One in 10 older adults will be a victim of elder abuse. It can take on many forms. This five-part series explores the different types of elder abuse — including resident-on-resident aggression, financial abuse, sexual abuse, scams and the intersection between victims of elder abuse and those with disabilities.

It’s something many families unaware of when they place their loved one. But according to Eilon Caspi, a gerontologist and behavior specialist from Minnesota, resident-on-resident aggression happens more often at nursing homes and assisted living facilities than is being reported.

Caspi recently published a study that looked into the deaths of more than 100 seniors, in which there had been a confrontation among residents, and one or both had dementia. 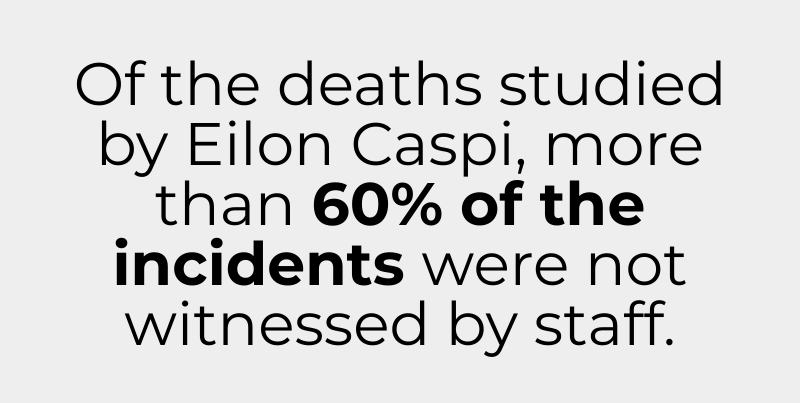 "So in terms of the main findings, first of all, I was curious about the location of the incidents and close to 60 percent of the incidents occurred inside bedrooms, many of these out of sight of staff members," he said.

And 43 percent of those cases occurred between roommates. Caspi says living with strangers is a recipe for disaster and believes private rooms are part of the solution. Still, tracking this phenomenon is difficult. In fact, the longterm care ombudsman for the Area Agency on Aging told KJZZ that in the last year, there had only been 21 complaints of resident on resident abuse in Maricopa County.

"We do receive complaints from families and facilities that self-report incidents all the time," he said. "That’s really how we track these things," said Colby Bowers with the Arizona Department of Health Services.

But, he says they don’t have specific data on this type of abuse. The Centers for Medicare and Medicaid Services also doesn’t track this phenomenon and that, says Caspi, makes it difficult to study. Staff at nursing homes and assisted living facilities are required to receive training on abuse, says a representative from the Arizona Health Care Association, which represents many of these organizations. 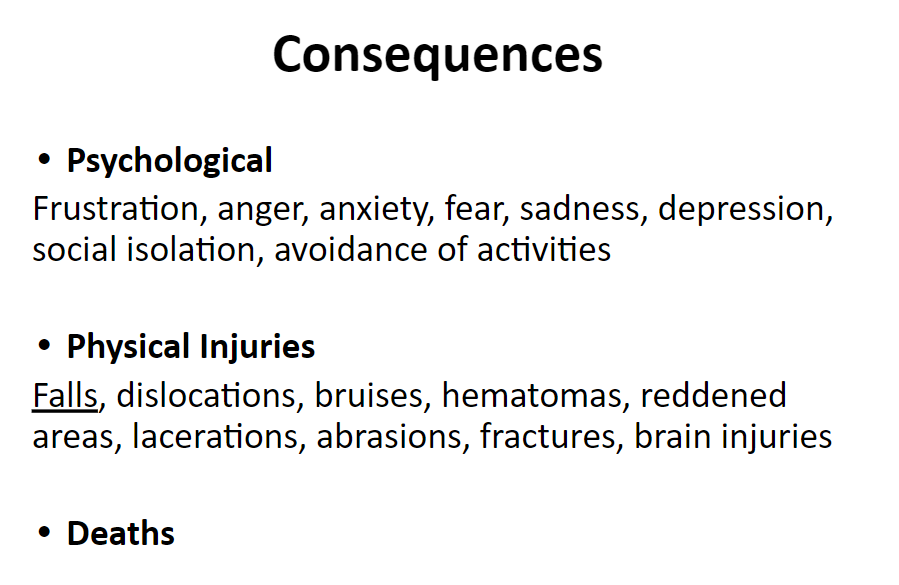 One in five older Americans are victims of financial exploitation, according to AARP.

A lot of older Americans are losing a lot of money to financial exploitation. The U.S. Consumer Financial Protection Bureau found that since 2013 financial institutions reported more than 180,000 suspicious activities targeting older adults, at a cost of $6 billion. 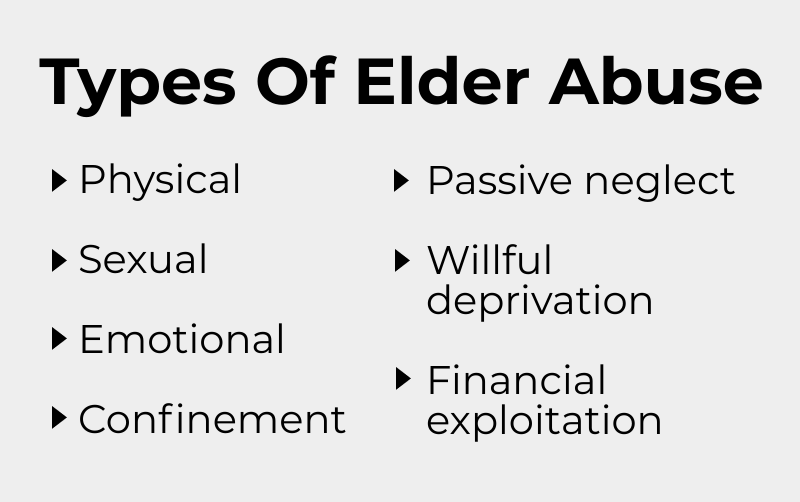 "Whether it’s a caregiver or family member, anyone can take advantage of an older person by getting them to give them access to bank accounts or write them checks or give them cash. And in many circumstances, the older person doesn’t realize how much they have been given away," said Jennifer VanderVeen, president of the National Academy of Elder Law Attorneys.

Mary Lynn Kasunic, president and CEO of the Area Agency on Aging, says she sees this type of abuse often.

“Unfortunately for an older adult, they can’t recover from financial exploitation, there’s no way for them to go out and get a job and recover from those financial losses.”

VanderVeen said that if a senior is being financially exploited, pursing a guardianship or conservatorship over the person who is being exploited, can stop the financial damage, but requires a court proceeding, which can be expensive and lengthy.

If the person  doing the exploiting is an agent named under a power of attorney, VanderVeen some states will allow a third party to come in to provide an accounting of assets.

The consumer protection bureau found that those between the ages of 70 and 79 were hardest hit by financial exploitation.

The Intersection of Senior Abuse And People With Disabilities

The intersection between victims of elder abuse and those with disabilities has led to a partnership of two Phoenix-area advocacy groups because both populations are at higher risk for abuse and neglect. 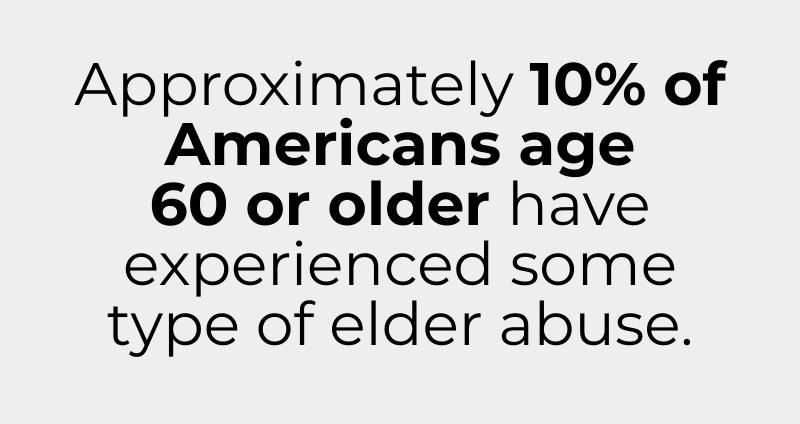 And according to April Reed, the vice president of Advocacy at Ability 360, people with intellectual or developmental disabilities are seven times more likely experience abuse.

Reed said another issue that affects both seniors and people with disabilities is the under reporting of abuse.

"Perhaps a victim isn’t able to provide clear information or perhaps there’s fear of retaliation or fear of losing a service for the individual, the senior, the person with the disability," said Reed.

So the goal of this partnership is to create more understanding and awareness about abuse and neglect so families, caregivers, professionals, even those at risk for abuse know what to look for and how to report it.

Sexual assault among older adults is something we don’t always talk about. But experts in the aging field say it’s happening often. And that means more research is needed about this very real — and troubling — phenomenon.

One in 10 older adults experience some type of abuse. Sexual assault is one that researches say is prevalent, but it’s underreported and understudied.

Lindsay Ashworth is the sexual violence response manager at the Arizona Coalition To End Sexual And Domestic Violence.

"Studies have found that .6 percent to 17 percent of older people have reported some unwanted sexual experience the previous year that they were surveyed," she said.

Lizzie Kazan is with the Area Agency on Aging in Maricopa County.

"So of that up to 17 percent, roughly about 73 percent of those individuals are living in some sort of facility type setting so they’re residing in a nursing home or assisted living not their own private dwelling," clarified Kazan.

Another reason why this is so under-reported, says Kazan, is that many older adults don’t feel safe reporting an unwanted sexual situation, "and a lot of that does happen because about 80 percent of the perpetrators in these cases is a caregiver in some sense, whether it be my spouse helps me with, my child helps me with care or I’m in a facility setting where I have a professional caregiver helping me out.

A spokesperson with the Arizona Department of Health says the agency does not maintain a centralized database about sexual assaults, but they do investigate when reported.

There are more than a dozen different scams targeting older adults. According to The National Council on Aging, these scams go unreported and can be difficult to prosecute.

You’ve probably been on the receiving end of one of these scams. Ever pick up a call from the IRS, threatening to arrest you? 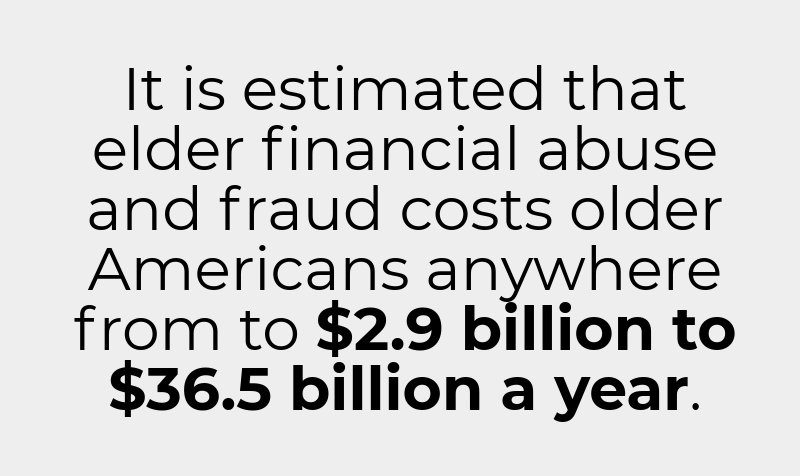 "As older adults age, unfortunately they find themselves as a widow or widower and they start dating," said Anna Maria Chavez, executive vice president and chief growth officer at the National Council on Aging.

And they're going online. Chavez said scammers are creating fake profiles and entering into online relationships with seniors.

"And then all of a sudden they are starting to get messages saying, hey I’m in trouble would you help me get out of this jam, I need money to cover my mortgage," she said.