On Monday, the Santa Cruz River in southern Arizona is flowing once more.

The river, which begins in the San Rafael Valley — due East of Nogales — flows for 184 miles, curving south into Sonora, Mexico, before flowing north through Tucson.

The river has been dry since the 1940s when excessive groundwater pumping lowered the water table and depleted the river’s source.

"So that's really what caused all the rivers in the Tucson area to dry up — that excessive groundwater pumpage," said Fernando Molina with Tucson Water.

He said the river will flow again through Tucson thanks to the Santa Cruz River Project. In order to get the river going again, the city will use reclaimed water.

"What we're doing is we're redirecting the location where our extra recycled water gets discharged," said Molina. "Right now, it gets discharged in the northwest portion of Tucson, where we actually lose physical and legal control of it. So we know the value of this resource will be more in the future, so we want to put it somewhere where we can have access to it."

Tucson Water will release some 2.8 million gallons of reclaimed water everyday. The water will flow for about a mile north before soaking into the ground.

While creating a viable future water source for the city is part of the goal of the project, restoring the river habitat is also key, but that’s not all Tucson hopes to see.

"We expect also recreational benefits, while you're not going to be able to go kayaking, or fishing in this — it's simply not going to be that large of a flow — we do expect that it will create a nice environment," Molina said. "So it'll just create a nice amenity to people that use the River Park."

Tucson Water will host a release party Monday afternoon at 4:30 p.m. ahead of the San Juan Day Fiesta. 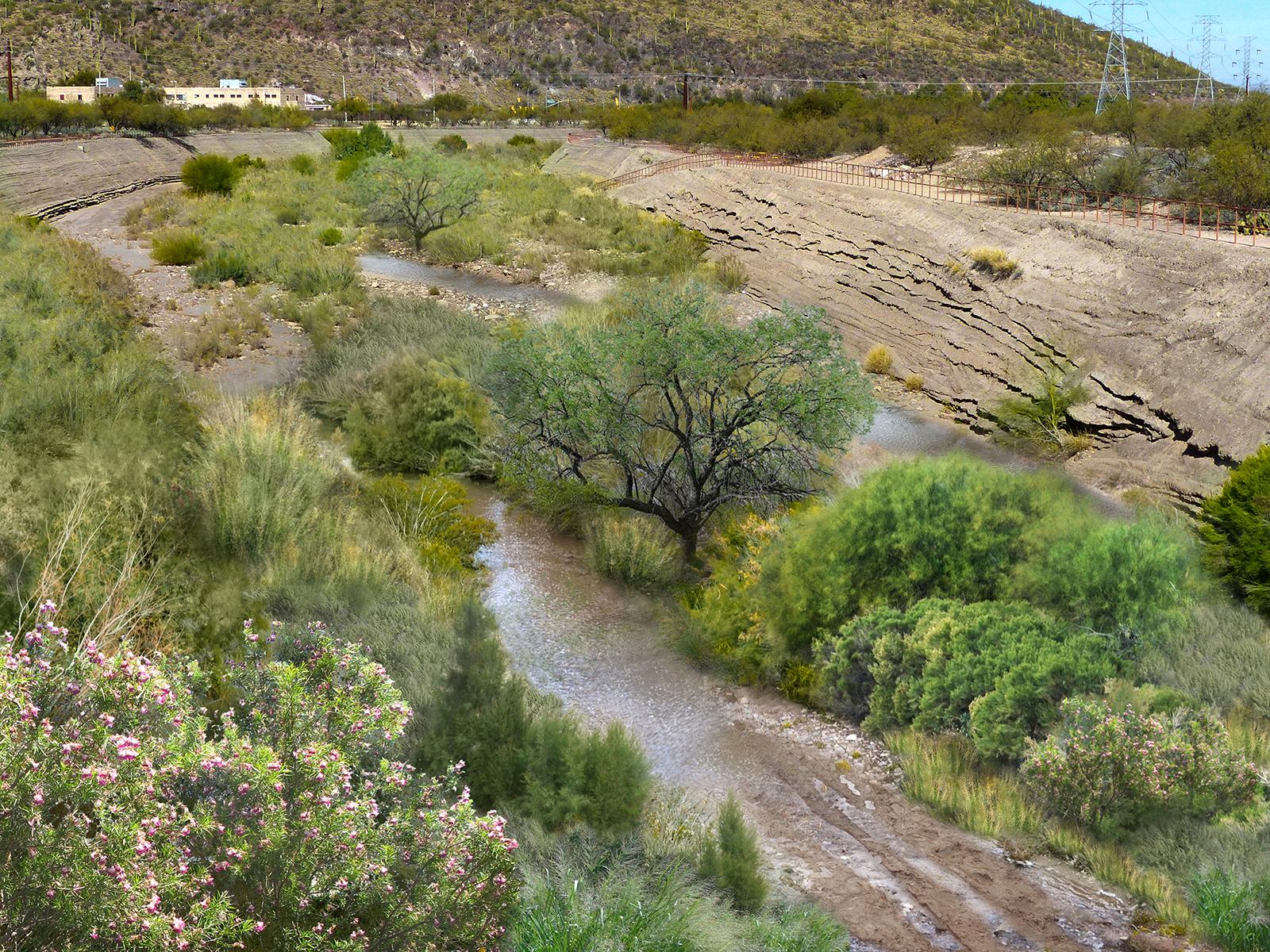 Tucson Water
An artist rendering of the Santa Cruz River after reclaimed water is returned.