Woodbury Fire Near Superior Has Burned About 113,000 Acres 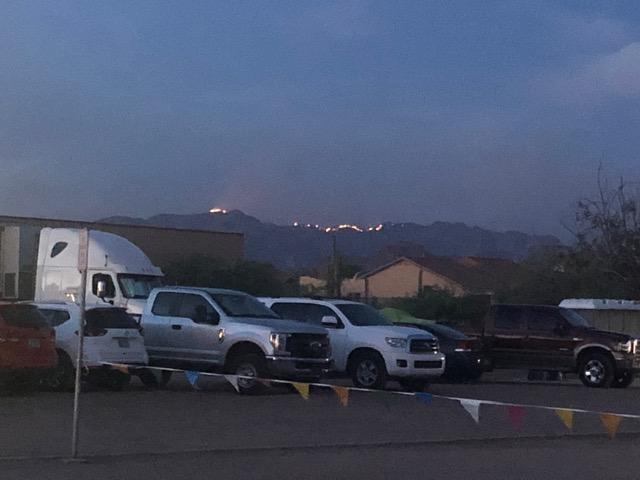 inciweb.nwcg.gov
The Woodbury Fire in June 2019.

A human-caused wildfire burning for more than two weeks in a national forest east of metro Phoenix grew to 150 square miles over the weekend.

Fire officials say the Woodbury Fire grew by nearly 22 square miles from Saturday into Sunday. That's after about a 25 square mile increase from Friday night into Saturday. As of Monday morning, the fire has burned 112,899 acres.

A fire spokeswoman says containment has slipped from 34 percent to 24 percent because of the acreage increases.

“But important for people to understand that a lot of that is interior burning so the parameter grew a little bit but most of that extra acreage is what burned inside the already existing parameter.”

Authorities are hopeful the fire will stop after it runs out of fuel in burnout areas.

No homes have been damaged since the fire was spotted June 8 about 5 miles northwest of Superior, a mining town of fewer than 3,000 residents located 60 miles east of Phoenix.