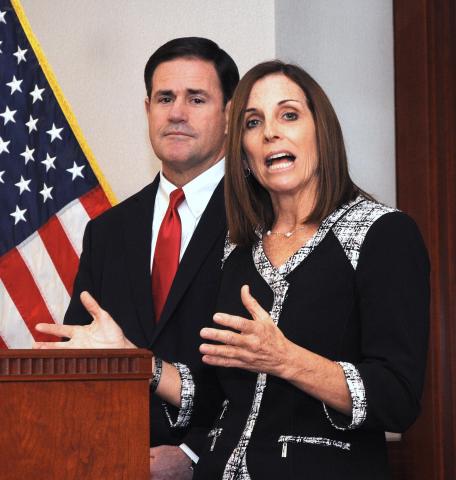 The 9th Circuit Court of Appeals on Friday issued an order saying a challenge to Arizona Gov. Doug Ducey’s appointment of Sen. Martha McSally should be dismissed if the lawyer who filed the suit cannot prove the challenge is in the circuit’s jurisdiction.

The challenge was brought by Michael Kielsky, who represents candidates from multiple parties.

He argued there needs to be a special election to fill the seat until the 2020 election which will determine who gets to serve out the rest of McCain’s term in office.

Kielsky’s argument is that Ducey’s move is illegal under the 17th Amendment to the Constitution, which instituted direct election of senators.

The amendment does say when vacancies occur, “the executive authority of such State shall issue writs of election to fill such vacancies.”

One of the governor’s lawyers echoed the 9th Circuit’s order, saying Kielsky should not have tried to leapfrog the lower district court in bringing his suit.