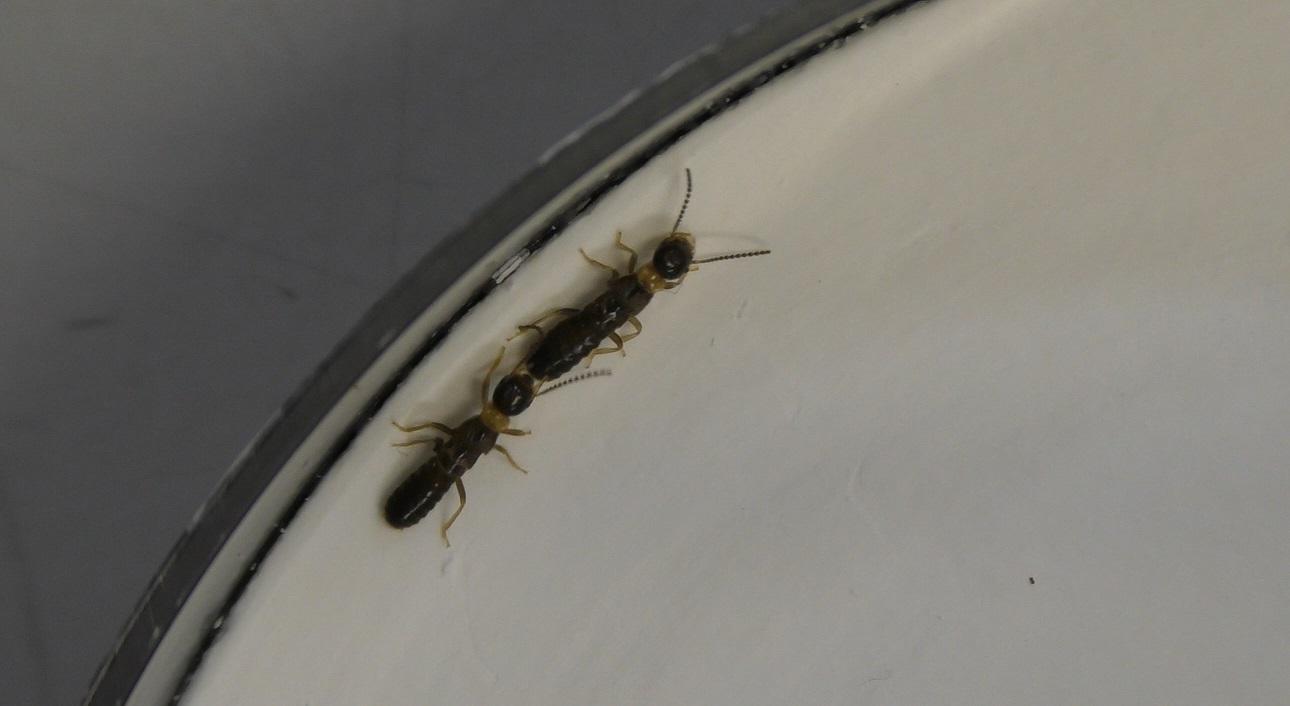 How an animal moves through its environment determines whether it finds food or a mate, so it pays to use all available memories and sensory data.

But what does a creature do when it has nothing to go on?

Now, a study in the journal Science Advances reveals how two species of subterranean termites — the Japanese termite (Reticulitermes speratus) and the Formosan termite (Coptotermes formosanus) — tackle this tricky task.

Future king and queen termites initiate breeding by taking wing and launching from their nests. They don't fly particularly well, so they end up where the wind carries them. Once back on terra firma, they shed their wings and begin searching for a partner.

Unfortunately for the termites, terra firma is also terra incognita, because the queen and king have never before left their nests. Now, armed only with a search pattern, they must find a mate before predators make a meal of them. But how?

The researchers found that future kings and queens move in the same effective straight-line pattern when initially looking for love. This comports well with theoretical models, which hold that straight-line searches cover more ground and therefore increase the odds of success.

After partnering up, the two termites run in tandem while searching for a nest site, where they will spend the rest of their lives as a monogamous royal pair.

But if something splits them up before this can happen, a new search pattern emerges: males move rapidly, in tightly turning search patterns, whereas females remain relatively still.

"If you go to the shopping mall with your, for example, wife, and if you get lost, some studies found that one should wait and the other move to search for [the] other," Mizumoto said.

The findings support the idea that animals adapt their search behaviors based on new information, such as the target density, distribution and movement patterns.

The two search patterns have parallels in hunting, in which some predators switch between "random" and "reunion" search patterns depending on the distribution of prey. In this case, the "pausing" behavior shown by mated female termites is used by ambush predators to surprise their prey.

As for the termites, if their strategy doesn't work within about 30 minutes, they will assume they've moved too far from their partner and start a straight-line search to find another.

One hopes that's where the similarity to human couples ends.