The line to enter Pilgrim Rest Baptist Church stretched across the parking lot. The long bank of TV cameras inside indicated the nation was watching. 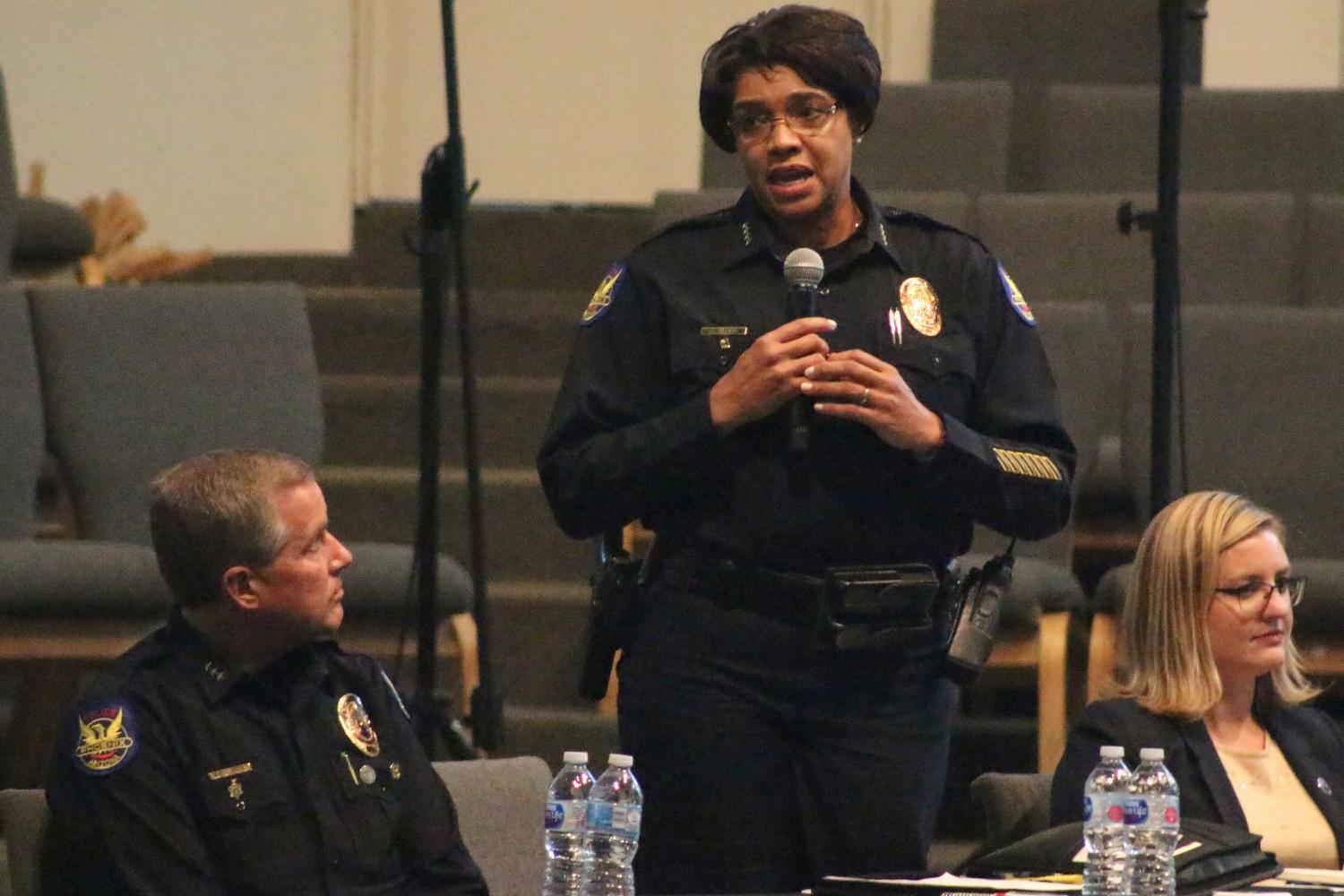 The story that spurred the meeting is that of Dravon Ames and Iesha Harper, young parents whose daughter took a baby doll out of a Family Dollar in late May. Ames and Harper say it was an accident. The police report says Ames stole underwear, which he denies, and failed to obey officer’s commands.

That day, May 27, the police confronted the couple at an apartment complex. Bystander footage shows officers shouting and swearing at the family, and at one point trying to separate Harper from her one-year-old daughter. The moments leading up to the police approaching the family’s car are not in the video. Officers were not wearing body cameras.

The family is now suing the city for $10 million.

Accompanying Ames and Harper at the church was Jarrett Maupin, a controversial local civil rights activist. He drew jeers when he spoke. Someone from the crowd yelled "it's not about you."

"No it’s not about me. It’s not," Maupin said, drawing more sound from the audience and prompting the moderator to step in. 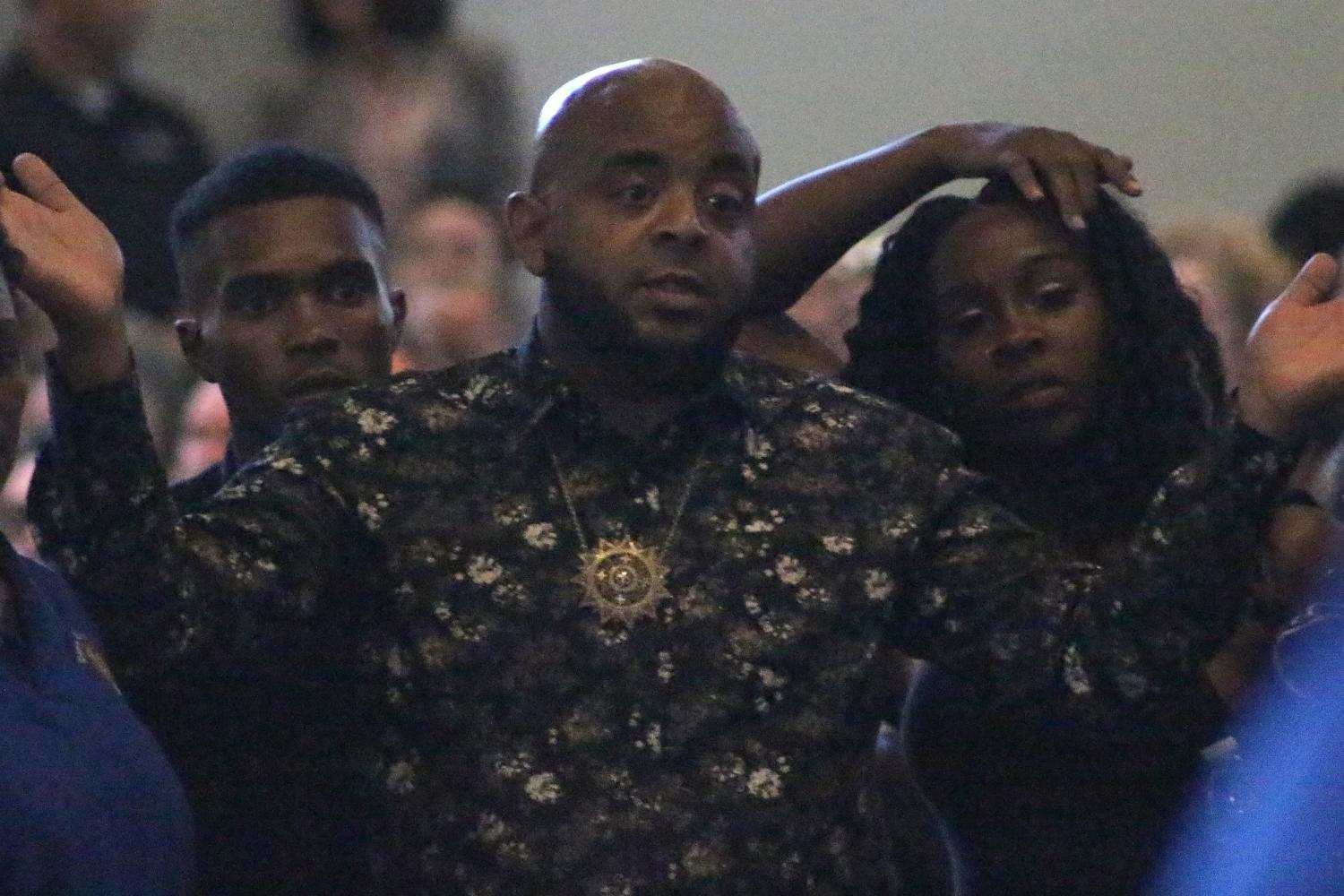 The meeting had other moments like this, where the audience of about 2,500 asserted itself over the speaker. But each time, the crowd dialed back. Several people shared specific ideas and demands.

"I think what I’m hearing here is that if the chief and city officials are looking to the community — us — for the answers," said Phoenix resident Dwayne Allen, "the only way to get that is through a citizens advisory committee to oversee what happens in the police department."

Other demands included an early warning system to identify officers who might have problematic behavior. And many would like to see officers from the recent video fired, though Williams reminded the audience she has to follow due process. The incident is under investigation.

The moderator said hundreds of people wanted to speak, and all comments would be transcribed and released.

The Phoenix Law Enforcement Association, the police union, didn’t speak at the meeting, although representatives were in attendance. Last week on social media the union said, "This video doesn't tell the complete story of what happened during this incident. However, if you are contacted by the police in connection with a crime, the street isn't the place to argue, and things will go a lot more smoothly if you simply comply with the officer's commands."

But how officers are disciplined is getting renewed attention. Andrew Davis is the Mountain West representative of Omega Psi Phi, a black fraternity that's fostered a relationship with area police associations. He'd like a change.

"In my mind, you should be protecting the model. The model police officer," Davis said. "And you do everything, and you employ all resources to ensure that you’re protecting that. And if a guy is identified as an outlier, then you remove that protection as a result of him being that outlier."

City officials said this won’t be the last time for people to speak. And activists seemed to agree with them on that: many had plans to attend Wednesday's City Council meeting.