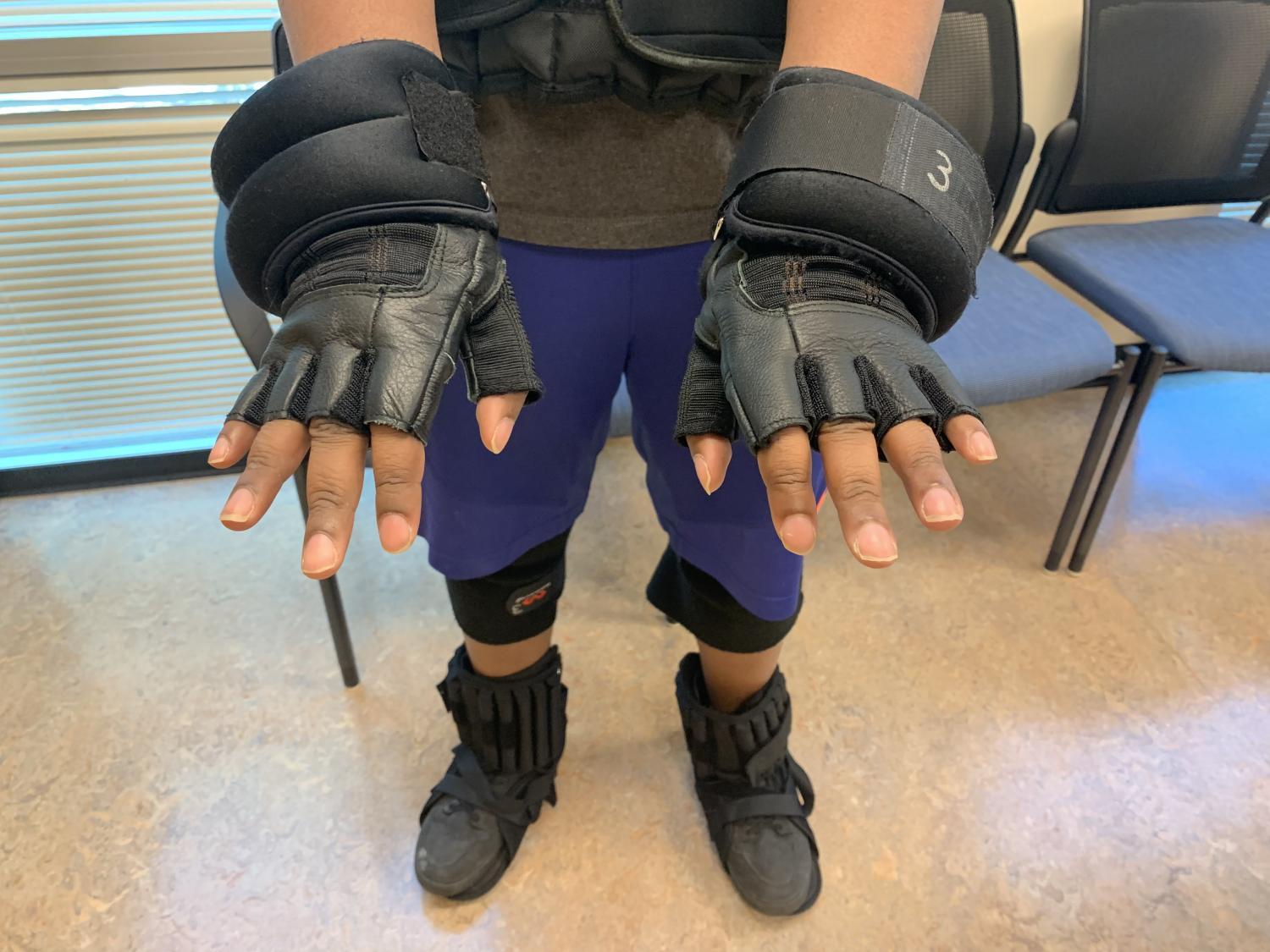 Osteopathic medicine students in Arizona are using new technology to better understand what it feels like to live in an aging body.

I tried it out for myself at A.T. Still University in Mesa on Monday.

I slipped on gray fabric gloves with wires attached to the wrists.

First my fingers, then my hands start twitching uncontrollably, similar to tremors caused by Parkinson’s disease and aging.

The gloves are one component of a GERT suit. GERT is short for gerontology, the study of aging.

“When worn, it mimics the part of the body that gives them a sense of what it feels like to have a disability,” said Lorree Ratto, an associate professor at the university.

There are bulky black pads that stiffen joints, a weighted vest, clunky shoes, glasses that impair vision and earmuffs that muffle hearing.

Today I was at A.T. Still University learning how technology is helping teach students what aging feels like so they can relate to patients. These gloves use electricity to mimic the tremors someone with Parkinson’s has. pic.twitter.com/gknXlyy2be

I couldn’t easily raise my arms to my head and needed help adjusting my radio headphones.

Even standing up from the plastic chair took more time and effort than normal.

In that moment, I thought about how the day before, my 93-year-old grandmother leaned heavily on my arm to rise from the couch. Together, we shuffled slowly to the kitchen so she could join the rest of the family to celebrate Father’s Day.

Fighting A Lost Connection With Doctors

Ratto said the goal for the students here is to learn how to empathize with patients’ challenges.

Until a few years ago, Ratto had students spend time in wheelchairs to try to understand the experience of a person with a disability.

“I’d see them in the parking lot doing wheelies and things,” Ratto said. “I thought, that’s not doing it.”

On a trip to Europe, she was introduced to the GERT suits, which are made in Germany. Through a grant, she purchased five of the suits, which cost about $5,000 each, for A.T. Still, Ratto said the university was one of the first in the country to adopt them.

NPR’s Here & Now recently reported how an architecture firm is using the suits to understand the challenges that older people face in public spaces.

A.T. Still University is expanding the suit’s use to other programs such as occupational and physical therapy.

The students Ratto teaches will go on to be doctors for increasingly older patients in the coming years. The U.S. Census Bureau predicts people 65 and older will outnumber children for the first time by the year 2035.

“You can be a very healthy 75-, 80-year-old, 90-year-old, but the reality is your bones still get stiff,” Ratto said. Her hope is that the suit helps students feel this experience for themselves. 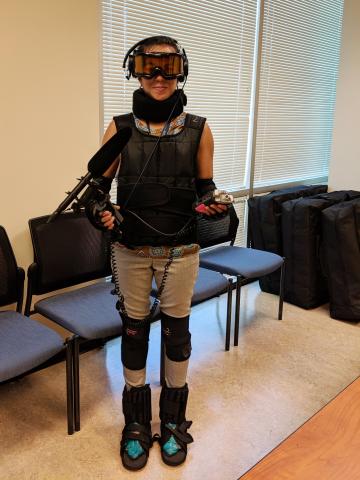