In Sonora, Warrior Searchers Take Up Search For Missing Loved Ones 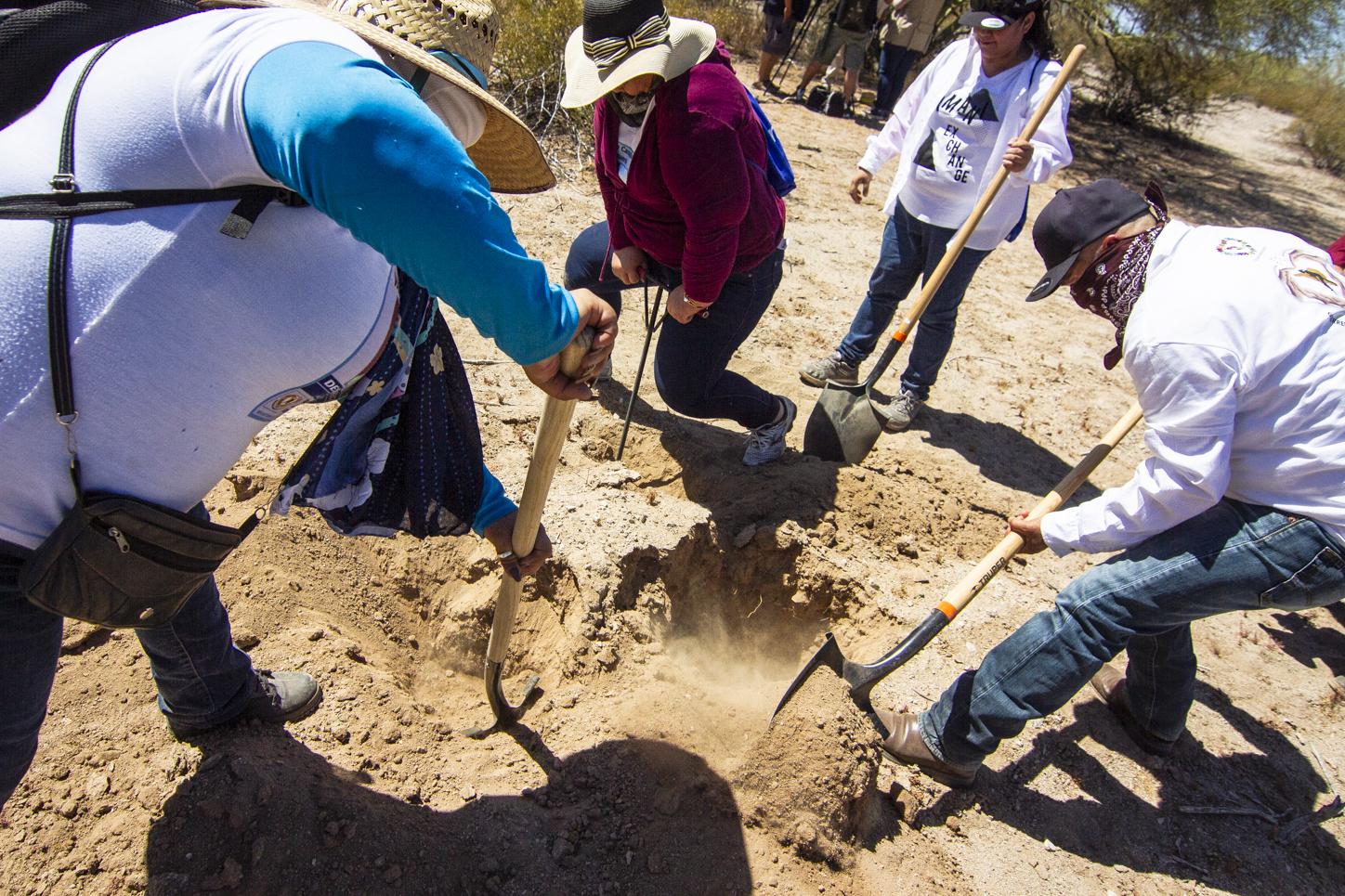 Murphy Woodhouse/KJZZ
Searchers dig up a promising spot outside Hermosillo in late May 2019, but no evidence of a body was found.

Early on a recent Saturday, a group of mostly women started gathering in front of the state Attorney’s Office in downtown Hermosillo, Sonora’s capital. Most were wearing white shirts bearing simple portraits, along with a date: the day that person — a brother, a father, a cousin — was last seen.

Jessica Janeth Pule came up from Guaymas, Sonora, to look for her brother Francisco. Nancy Rico and Andrea Ramirez are both looking for their sons. Nearly all of the dozens gathered are missing someone close.

These are the Guerreras Buscadoras de Sonora, or Sonoran Warrior Searchers. It’s a women-led group formed early last year that has undertaken the search for loved ones. Chapters have since spread across the state, including Hermosillo, where the city’s first search was about to begin.

“It’s a sisterhood, what we’re doing here,” said Guadalupe Lopez, who traveled from the coastal city of Empalme to join the Hermosillo effort. Her husband went missing nearly a year ago. “We are sisters in sorrow, we share the same pain.”

Digging In The Desert 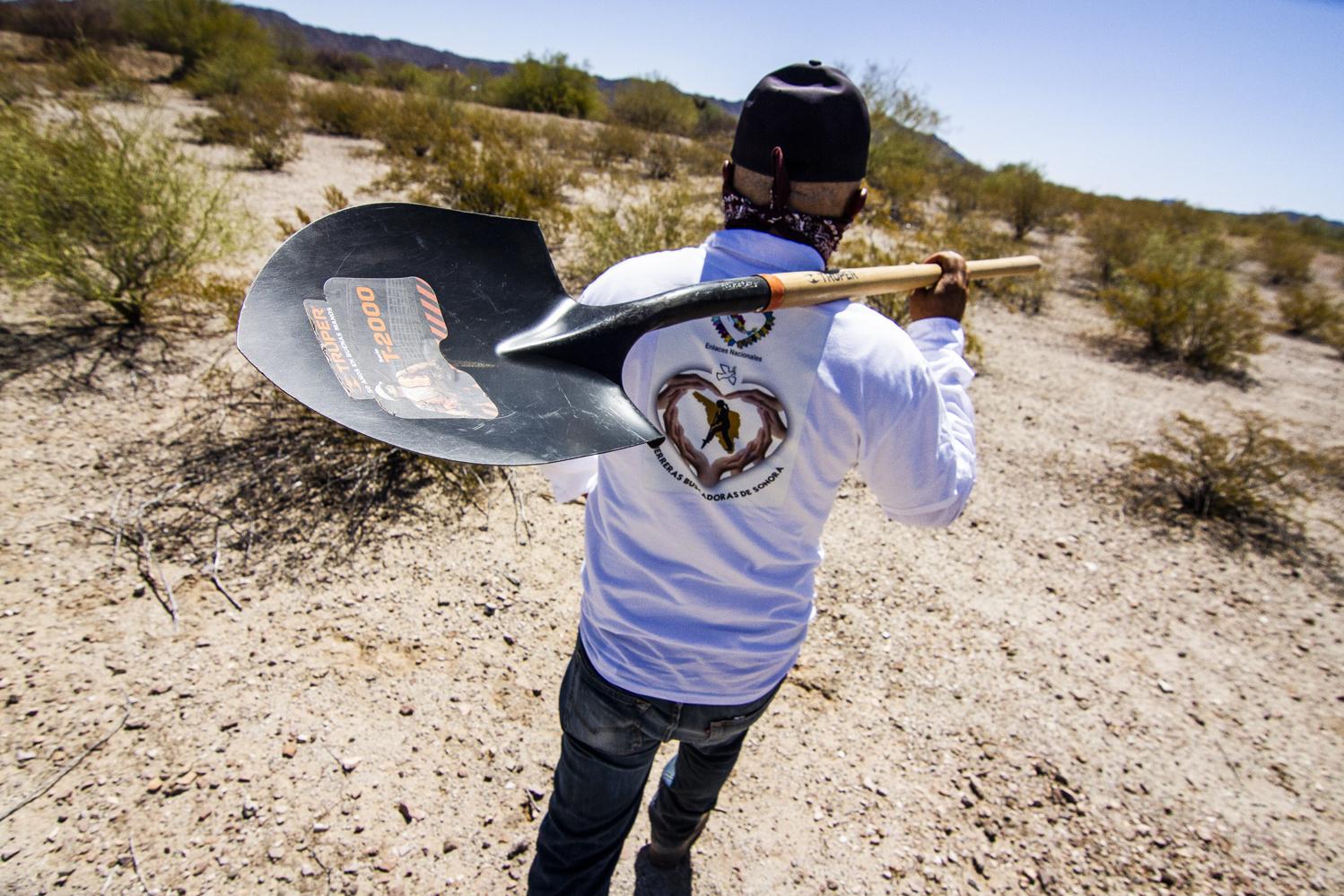 Murphy Woodhouse/KJZZ
Baltazar Parra Leal walks back toward the vehicles after a morning of searching. His son who has the same name recently went missing in Nogales, Sonora.

From downtown Hermosillo, a caravan of cars headed southwest, out into the open desert. The destination was a nondescript, lonely stretch of highway flanked by barbed wire fences. The searchers flocked to a truck loaded down with shovels, picks, and stakes to gear up for the search. Before starting, they formed a large circle to say the Lord's Prayer.

And then the search was on.

With many searches under her belt, she was helping newer members get ready to comb the area. They were looking for places where the dirt has been disturbed, looks wet or otherwise suspicious. They then drive their sharpened rebar stakes into the ground. Tips emerging with an ammonia odor may indicate a good place to dig.

“Stretch out!” she shouted before they started walking slowly out into the desert.

Shovel in hand, Baltazar Parra Leal was on a rise scanning the desert. He had come down from Nogales, Sonora, to look for his missing son of the same name.

“We want to find him in whatever condition he’s in, wherever he is, and nothing more,” he said. “The only thing we want is to find him.”

It’s a common refrain among group members: they’re not looking to find out what happened or who’s responsible. They just want to end the torturous uncertainty.

“His mother’s not sleeping, and neither am I,” he fought through tears to say. 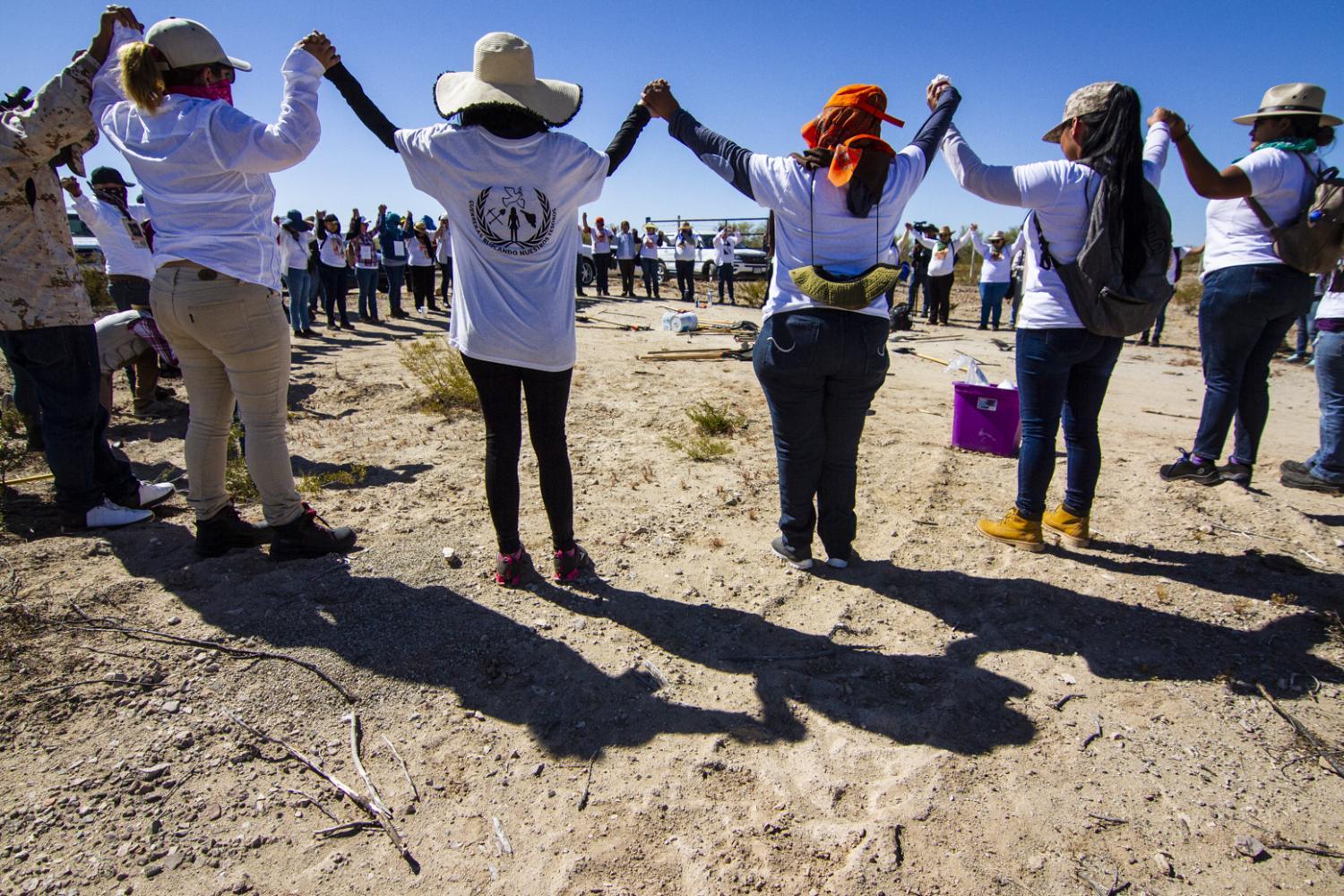 Murphy Woodhouse/KJZZ
The Guerreras Buscadoras said the Lord's Prayer before starting their search for missing loved ones in Hermosillo.

Half an hour later, Parra, Valadez and others started digging up a spot she found promising.

“This hasn’t been here long, this was recent,” Valadez said. “This was disturbed recently.”

But ultimately none of the other telltale signs of a body were found.

While that Saturday’s searching turned up no remains, the Guerreras have had a great deal of macabre success in recent months.

This spring on the outskirts of Ciudad Obregon in southern Sonora, they dug up 38 bodies in an area known as Campo 30, or Field 30. Since the group formed, they’ve found roughly 60 tesoros, or treasures, which is how they refer to those missing. They temporarily suspended searches this week due to high summer temperatures.

Tips about where to look often come anonymously to group members, who don’t ask for details. State officials assist during searches, as well as identify the remains that are found and return them to family members.

Deputy State Attorney Gustavo Bustamante previously told KJZZ that it’s complicated for his office to receive the sorts of anonymous tips that the Guerreras do, because they have an obligation to investigate any reports of criminal activity.

There are roughly 2,200 missing people in Sonora, according to 2018 federal data. In January, the former head of the National Searching Commission said there were more than 40,000 nationwide. 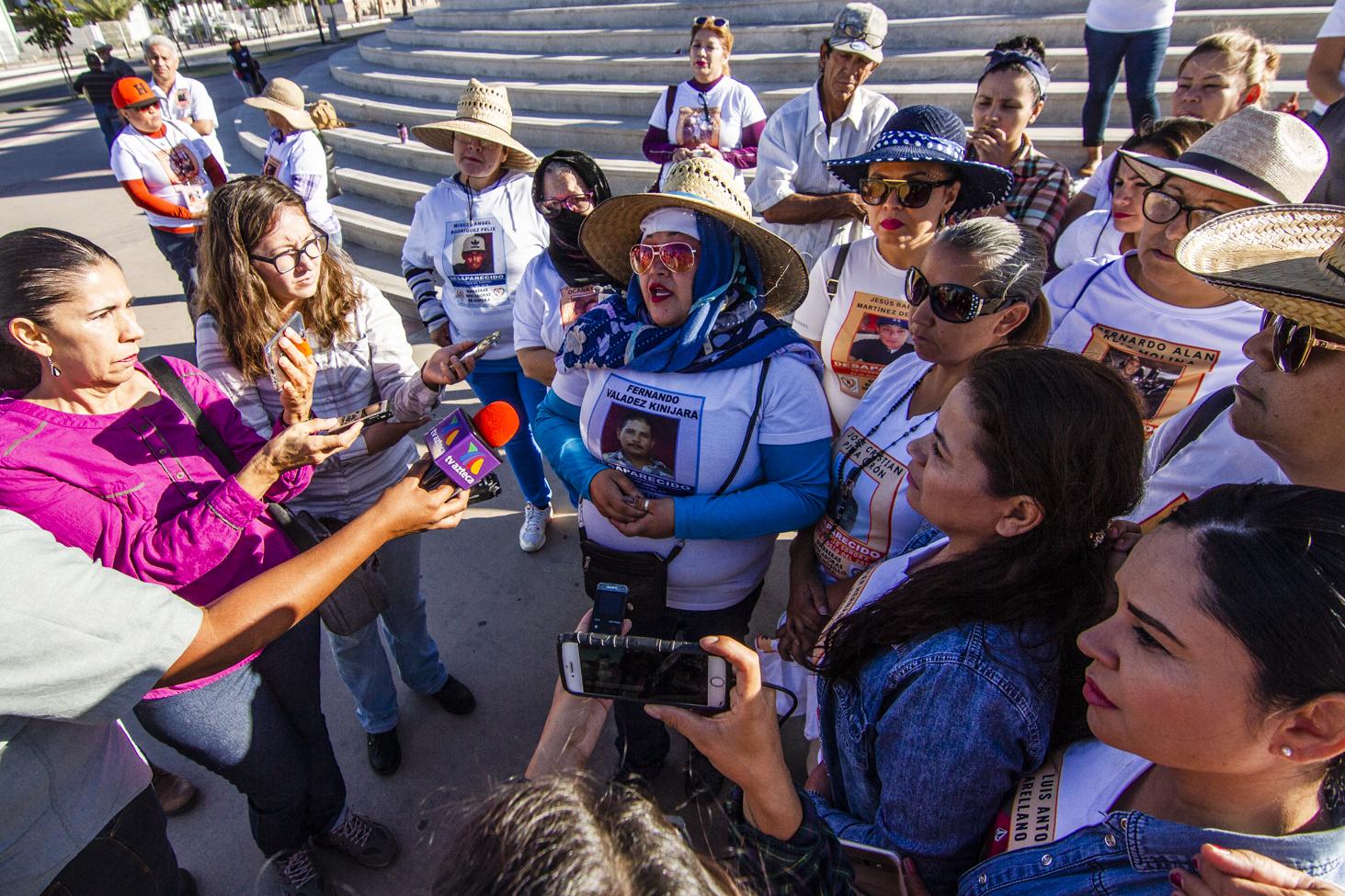 Murphy Woodhouse/KJZZ
Maria Teresa Valadez Kinijara (center) speaks to the press before the first search in Hermosillo in late May.

End of Not Knowing

But the work of the Guerreras can help push that figure down. In May, two of the bodies among the 38 were identified as brothers Andres Benito and Daniel Herrera. Their sister, Nogales, Arizona, resident Ana Cristi Herrera, spoke with KJZZ about their disappearance and recovery.

“It’s anguish, a pain that really, there aren’t precise words to express what one feels,” she said. “You go to sleep at night wondering if they’re OK, are they hurting? Are they hungry? When you drink a glass of water it gets stuck in your throat thinking that they may be thirsty.”

Their disappearance also made the family vulnerable to fake ransom threats. She said they received a number of calls from people claiming to have taken her brothers hostage and demanding payment. The first time she said she paid roughly $1,500.

Their identification put an end to that abuse and allowed the family to finally have a proper burial. But the mix of feelings was complex.

“It’s the end of living with the pain of not knowing where they are,” she said. “And the beginning of our process of mourning, of being able to absorb that they’re not coming back, that they won’t be with us anymore.”